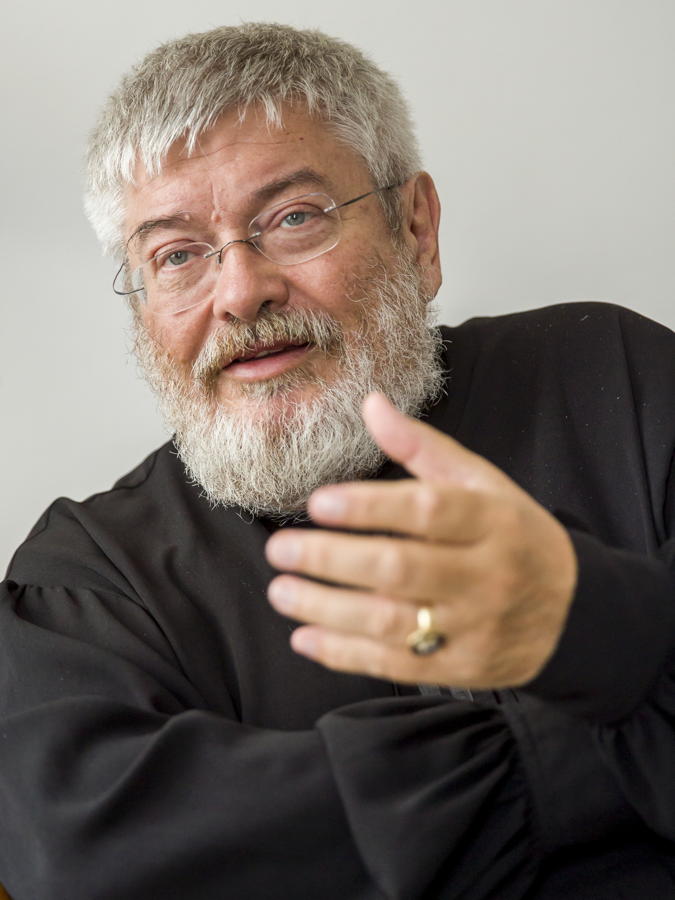 Géza Szőcs (Targu Mures, 21st August 1953) Transylvanian–Hungarian poet and politician who was awarded the Kossuth Prize (the greatest Hungarian artistic award). He died as a victim of CoVID-19 on 5th November 2020 in Budapest. He was an outstanding artist of the contemporary Hungarian literature and an emblematic figure of the decades of the regime change. Since the mid-1970s, he had also been active in political life. While he created a lasting oeuvre as an innovator of poetic language, he also made his mark as a playwright and author in the theatre. over the last one and a half decade, he had a productive artistic relationship with Attila Vidnyánszky's theatre workshop. In the summer and autumn of 2006, his drama Liberté '56 was adapted both as a film and theatre productions with the participation of artists from the Csokonai Theatre in Debrecen and the Illyés Gyula National Theatre in Berehovo. The former hosted the premiere of the opera Ludas Matyi with its libretto written by Géza Szőcs, music composed by Béla Faragó and staged by Attila Vidnyánszky in 2011. TheNationalTheatreinBudapestpremieredThePassioninCsíksomlyóin2017,whichfeatured–inadditionto18th centuryschooldramas–textsfromthepoet'sbook,thePassion (published in 1999), as a contemporary reading of the biblical story. This year MITEM will present Géza Szőcs' drama The Mission of Rasputin (written in 2014).

After the presentation of personal testimonies and poems that evoke the figure of the poet, a portrait film of him will be screened. A multilingual, representative volume that consists of the text of the performance presented, illustrated by photos, will be available for purchase.