You can find here the English-language issue of Szcenárium on MITEM.

We now feel the time has come to offer to the outside world a comprehensive image regarding the profile, mission and program of the MITEM festivals as well as of the spirit of mental preparation that is mirrored in Szcenárium. In a three-part series of interviews, the director of the National Theatre in Budapest, Attila Vidnyánszky gives an overview of the current stage of his artistic career and of the present shape of the institution he has been heading for four years now. During III. MITEM there was an exhibition and a conference on Tadeusz Kantor’s Theatre which featured the essay you can read here by Justina Michalik, the curator of the exhibition. Like last year, we also publish a summary of the previous festival’s performances. Let us be frank: even though we call this festival a ‘Meeting’, the attending companies seldom have the luxury to see all the other performances. This way – at least through this flash report – they will have a chance to get acquainted with one another and have some feedback on how the Hungarian audience has received their productions. Nevertheless most of the publications here are linked to this year's MITEM programs: 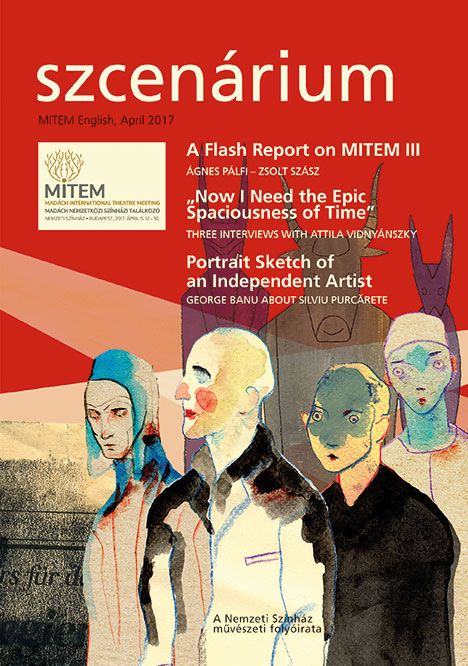