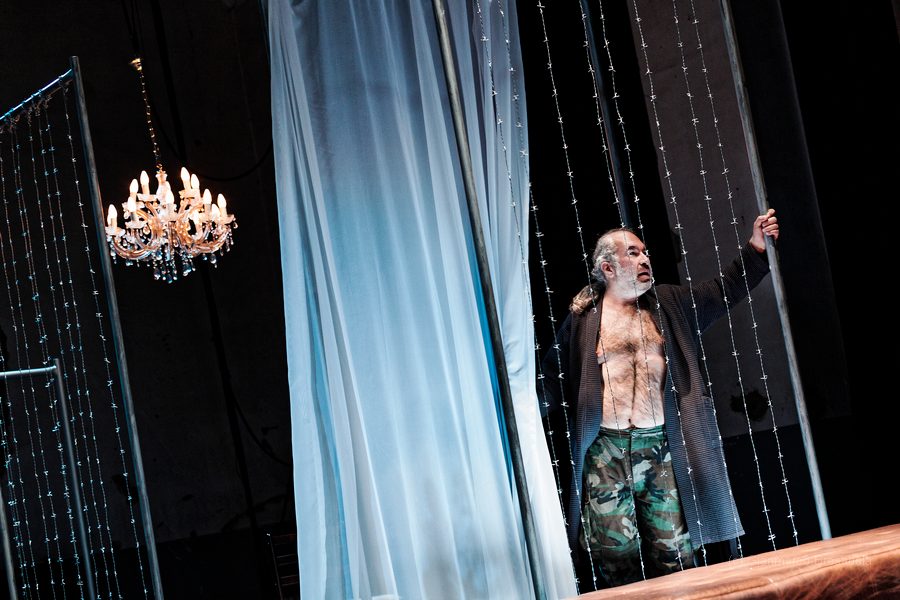 Performed in Arabic with Hungarian and English subtitles.

In his new play “Your Love is Fire“  the Syrian author Mudar Alhaggi processes his personal experiences of the war in Syria, the loss of his home country and being exiled in Germany. The title is based on the song of the same name by Egyptian singer Abdelhalim Hafez. It stands for the era of arabic pop music of the 60ies and the longing for  seemingly safe times of the past. Neither hero nor victim story, it portrays the behaviour of those in present Syria – who wait silently – in a tragicomic manner. The ambivalence of a need for action while only being able to wait shapes the attitude towards life of many who fled to Germany or Europe, but especially that of Syrian artists. The project puts the flight experiences of artists into the context of the Syrian conflict, choosing a singular and subjective Syrian perspective.

The scene of the action is a small apartment in war-torn Damaskus, a district close to the front. The two friends Hala and Rand live here. The storyline unfolds over the course of a single night, sometime in the year 2014 or 2015. Hala tells Rand that she will leave Syria because of the war and go to Germany. Rand is desperate. Because of her love affair with Khaldoun, who performs his military service as a soldier at the check points of the Syrian regime army, she can’t leave Damaskus, nor does she want to. In that situation Khaldoun appears. He got a 48 hour leave and wants to see Rand after long months of waiting to be together again. But the outbreak of violent conflicts in the district bring a sudden end to the romantic night to be, as Hala is stuck in the apartment and the three are forced to spend the night together. When their discussion becomes increasingly heated over the course of the night, the text suddenly stops. The author becomes part of his own play, he even appears to have an intimate relationship with his character Hala.

With the characters he created he discusses his inability to finish the play, his weariness and forlornness - because he is writing the play in a refugee camp in Germany, in exile. Instead of the desired feeling of arriving to start a new life, he feels lost, alone and alienated - no place, nowhere. As he is stuck in a state of waiting, he lets his characters linger in their conflict without a clear ending  – just as Syria and its people are damned to linger, facing an uncertain future. 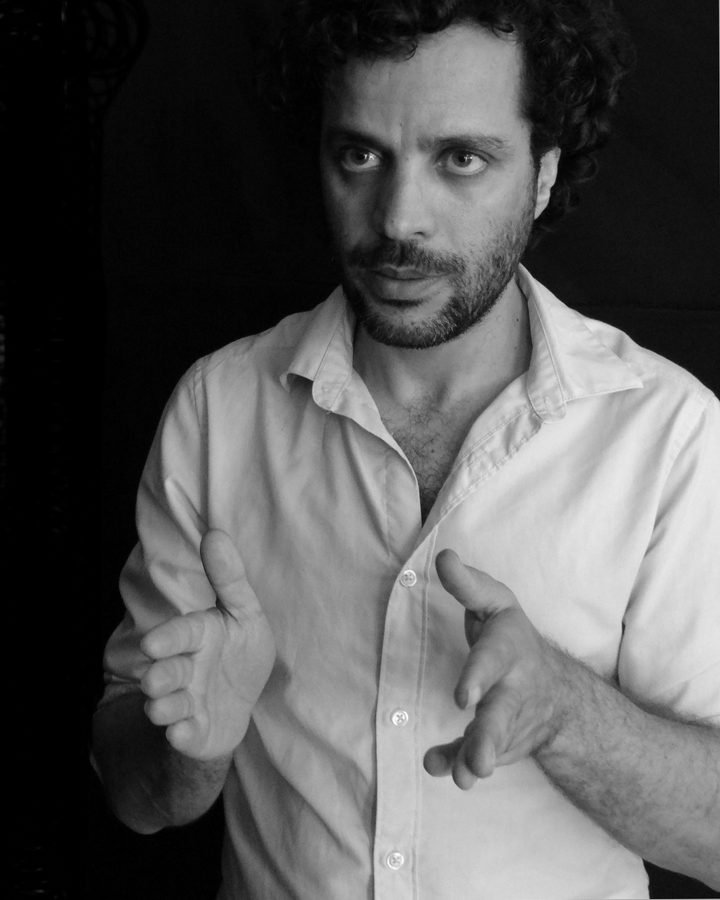 Rafat Alzakout (1977) completed his studies in acting and directing at Higher Institute for Dramatic Arts (HI-Da) in Damaskus in 2003 and began his career as an actor and director. His first directorial works were studio stagings of pieces by young French and Syrian authors. With Moliére’s  “George Dandin or the Abashed Husband“ he presented his first bigger production of a classical piece at the comedic festival in Lattakia in 2007. Between 2008 and 2010 he took part in several directing workshops held by the British Council and London Royal Court Theatre. In 2010/2011 his staging of Edward Albee’s  “Zoo Story“, in which he acted as well, became a celebrated success. After his migration to Beirut he produced the puppet theatre series “Top Goon“ under the pseudonym Jameel el Abiad and published 30 episodes on the internet until 2015. The satire, which was critical of the regime, was met with great critical response. The videos were shown in the Victoria & Albert Museum London (2013), Institut Du Monde arabe in Paris (2014), at Filmfestival Rotterdam (2012) and the Biennale in Moscow (2013) a.o.. His documentary film “Home“ premiered at festival fID Marseille 2015 and was shown at numerous international film festivals, in Leipzig and Vienna a.o. The film won two awards in Marseille and Tetouane. In November 2015 Rafat Alkazout emigrated to Berlin.