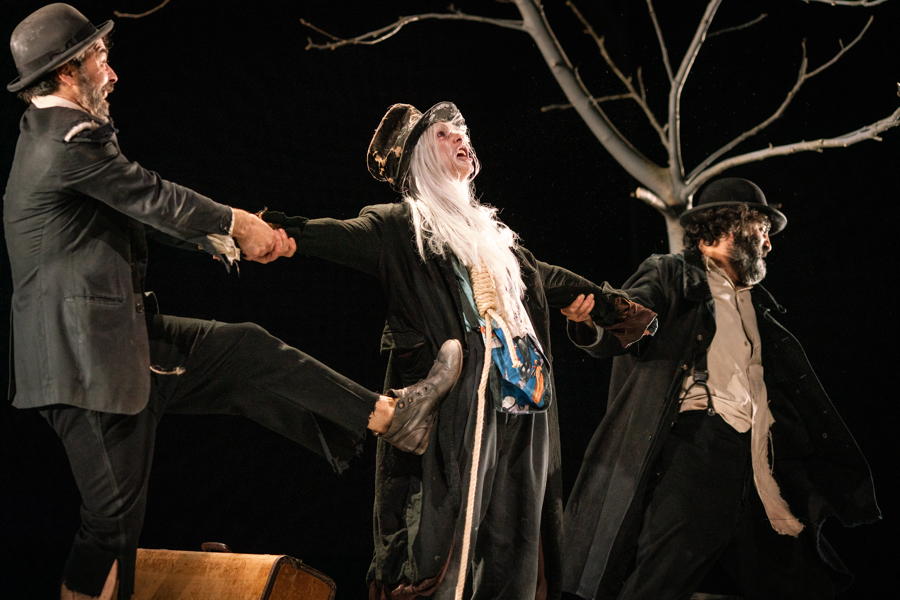 Performed in Portuguese with Hungarian and English subtitles

n Waiting for Godot, a saxophone line, taken on loan from Tom Waits, recurs throughout Samuel Beckett’s play, highlighting its circularity. The sloping stage, “on the verge of the abyss and at the centre of the garbage dump”, is human history in decline. Within the scope of two acts/days, we witness “all the postures of visible humanity, two by two”. Vladimir-Estragon, Pozzo-Lucky and the Boy: two duets and one (false) solo. In the mind of Gábor Tompa, the music contained in this precise score is the music of life as waiting, of the pair’s complementariness, of interdependence with the other, of hope for salvation. “All theatre is waiting”, said Beckett. With the puerile and clown-like games of survival they play to pass the time, Vladimir and Estragon are also literally making time, playing both the Godot-game and the theatre-game. Always together, they show up. “We are not saints, but we have kept our appointment. How many people can boast as much?” 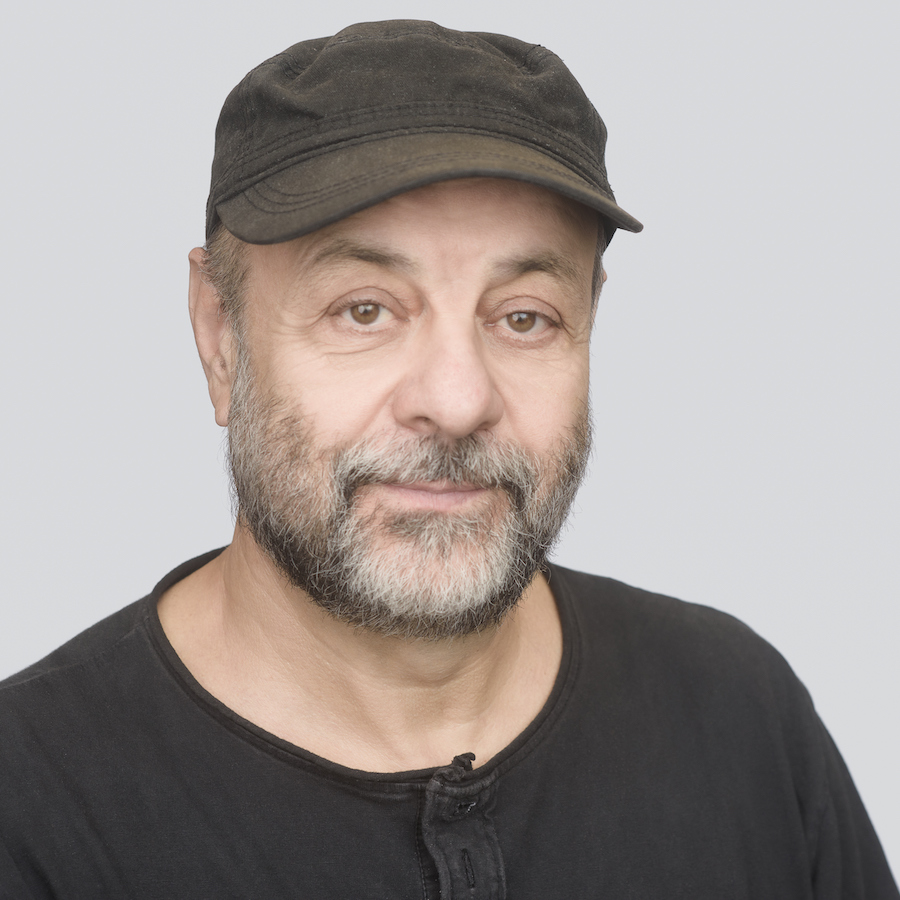 Gábor Tompa graduated in stage and film directing from the I. L. Caragiale Theatre and Film Academy in Bucharest in 1981, having been the student of some outstanding, founders of the world-famous Romanian school of stage directing, such as Liviu Ciulei, Mihai Dimiu, and Cătălina Buzoianu. Since 1981, Gábor Tompa has been directing at the Hungarian Theatre of Cluj, in 1990 he became the artistic director of the theatre and he undertook the management of the theatre as well.

He founded the Faculty of Dramatic Art in Cluj and has run its directing programme since 1991. He has been a guest lecturer at the Académie Théâtrale de l’Union, Limoges, Schauspielschule Freiburg, Brunel University, London, and Institut del Teatre Barcelona. He has staged more than 80 plays and produced another 80, directing in Romania and in countries worldwide, including France, Germany, Spain, the United Kingdom, Austria, Hungary, Ireland, Canada, Serbia, the Czech Republic, and South Korea. He has won the UNITER’s Best Director of the Year Award six times and received the UNITER’s award for Best Performance of the Year in 1989 for The Bus Station by Gao Xing Gian and in 2009, for Three Sisters. In 2002, he received the UNITER Award for Excellence for the many achievements of his career. His film, Chinese Defense, won the Best First Feature Award at the International Film Festival in Salerno, Italy in 1999 and was officially selected for the 1999 Berlin Festival.

He is the author of several volumes of poetry and essays on theatre, such as: A hűtlen színház. Esszé a rendezésről [The Unfaithful Theatre. An Essay on Stage Direction], Bucharest, 1987; Óra, árnyékok [Clock, Shadows], poems, Bucharest, 1989; A késdöfés gyöngédsége [The Tenderness of Stabbing], studies, Cluj, 1995; Aki nem én [He Who Is Not I] poems, Mentor, Târgu Mureş, 1995; Készenlét [Alertness] poems, Héttorony, Budapest, 1990; Lidércbánya [Mine of Nightmares] poems, Pallas Akadémia, Miercurea-Ciuc, 2004; Címke-függöny [Label-curtain – Gábor Tompa’s private theatre dictionary], Bookart, Csíkszereda, 2010 and Van még könyvtár Amerikában [Are there libraries left in America?], Kalligram, Budapest 2020.