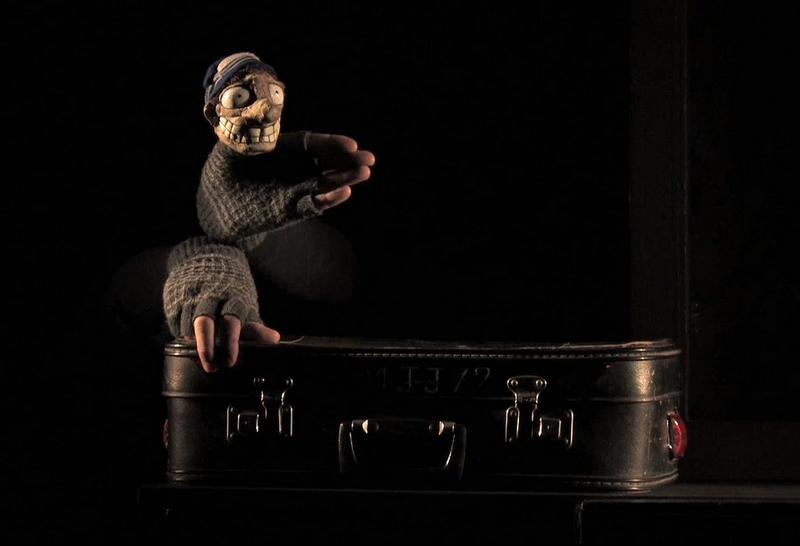 “In our country brainwashing is free and obligatory. Every citizen needs to be brainwashed at least twice a year. Those that try to avoid the procedure will be proclaimed as enemies of social harmony.” The texts of Matei Visniec are poignant, cruel and poetic. They show the colourful variety of the most peculiar characters. One of them might perfectly resemble your neighbour, the other the woman we don’t actually know but meet her daily on our way to work… A bunch of grotesque figures come to life in front of our eyes in the minimalistic set, to stare at the absurdities of our society, facing our world and its puzzling inconsistencies.

Éric Déniaud graduated from the renowned Charleville-Mézières Institute of Puppetry, then founded the company Drolatric Industry with two of his colleagues. Meanwhile he was involved in several theatre projects as puppet designer, puppeteer and set designer. Among others, he worked for Cie Comédiamus, the National Institute of Puppetry, the Puppet Theatre of Vietnam, the Etcetaera Teatro of Barcelona, and collaborated with Catherine Hiegel, Jean-Louis Heckel, and Perrine Griselin. In 1994 he took part in several art projects in the Middle East, and founded the Collectif Kahraba company with French and Lebanese artists. Meanwhile he also founded his French company, Extra Muros. His successful performance, Arabiyetna, was brought to life by these two ensembles, and have been played more than a hundred times in Lebanon, France and in Syria. In 2009 he staged Matei Visniec’s Sounds in the Dark. In 2013, for the initiative of Visniec, he was invited to Japan to collaborate with the Japanese Kaze Theatre for a joint production of Visniec’s other play, Beware of old ladies cankered with loneliness.