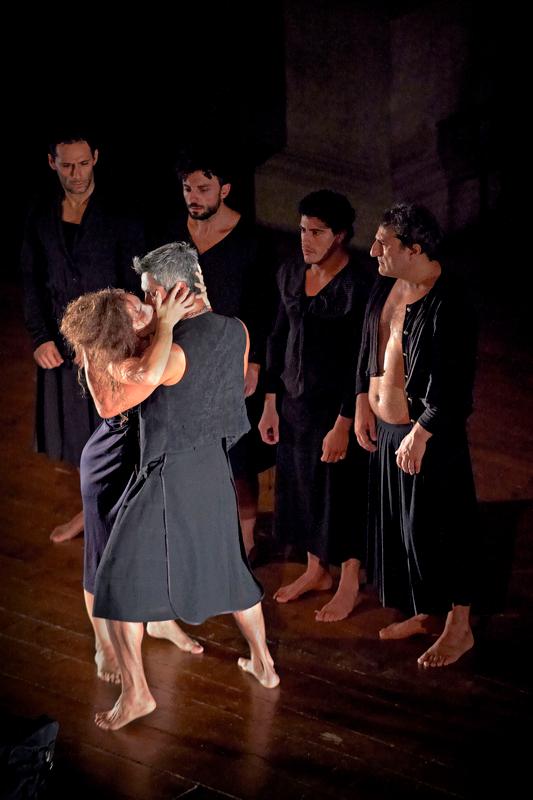 „I imagined a journey where Medea is surrounded by a circle of men who are the female figures of Korinthos. I could see these men dreaming about big bellies, the cries of their new-born babies, their shoes and stirrups. I could see the stage as a space of emotion and mercy, where the dramatic intensity of the story is enhanced by the atmosphere of the theatre; a space that could be filled with a song or with silence itself; where Medea’s words are echoed in clear strength. The Mancuso brothers sing about love and hatred. Agony has fulfilled its mission: Medea gives birth to her own tragedy.” (Emma Dante) 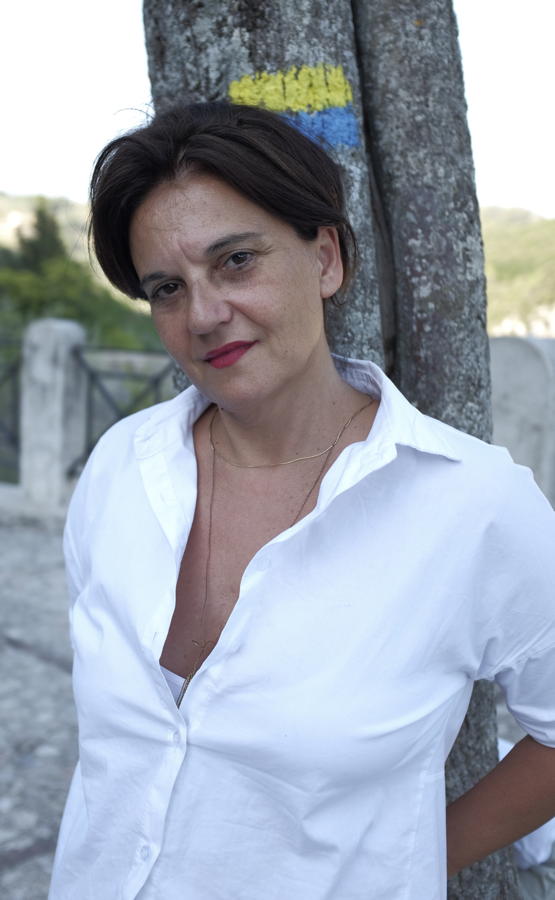 Emma Dante was born in 1967 in Palermo. She studied theatre directing at the Silvio D'Amico National Academy of Dramatic Art in Rome. In the surroundings of the Academy she has come into contact with some of the main representatives of the new generation to come in the Italian theatre. In the late 1980s she drew near the avantgarde theatre. She worked as an assistant in the Polish production of The Machine of Love and Death, directed by Tadeusz Kantor. She recalls this experience as being struck by a true “theatrical thunderstroke”, which led her career as a director away from tradition and towards research and experimentation. After graduating in 1990, she played both in cinema and television until 1999, when she founded her first independent company called Compagnia Sud Costa Occidentale in Palermo. With the performance mPalermu the group won the award for the Best Stage Production in 2001.

From the 2000s until today, her work has been recognised with numerous awards and honours. She is convinced that theatre has a great power to shape society. In her works she skilfully merges classical and avantgarde forms of theatre. Social criticism is an important aspect of her shows, which often feature the passionate, violent and degraded Sicilian character who struggles to survive in an underdeveloped and oppressive society. The theatrical representation of the Sicilian dialect is a major merit of her productions.

Besides her theatre work, Emma Dante is also a writer. She has published several novels for both adults and children. She made her debut as a film director and actress in 2013 with the adaptation of her first novel, Via Castellana Bandiera, published in 2008. The book was awarded the Vittorini Prize. Emma Dante and her company’s performance, Verso Médea, was programmed at MITEM in 2015.