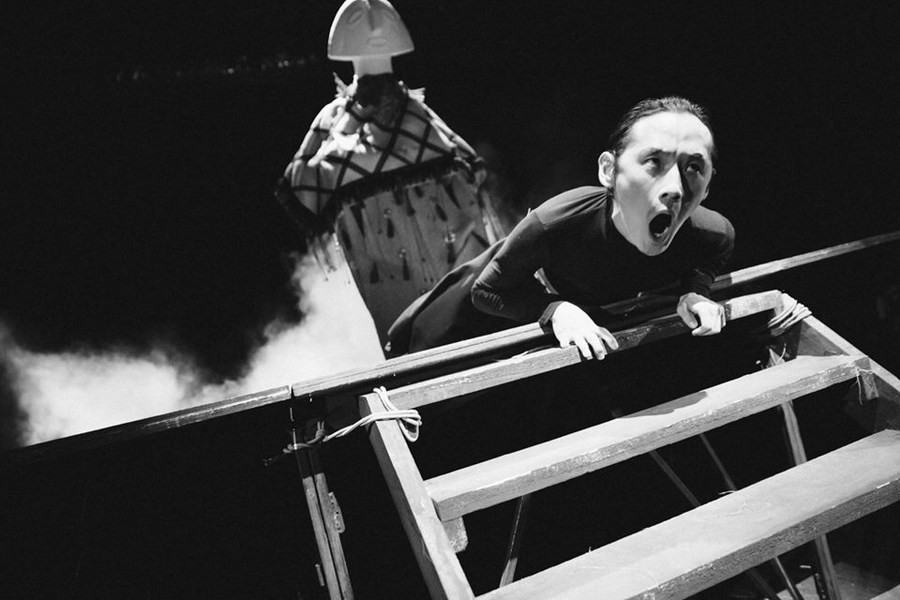 in Sakha language with Hungarian subtitles

Sergey Potapov, the stage manager of the Sakha Theatre and a Yakut artist who is increasingly well-known on the international scene, has blended the distinctive traditions of the Yakut theatre with the characteristic features of the “bloody tragedies” of William Shakespeare in this production of Titus Andronicus, out of which he has created a captivating spectacle that is reminiscent of ancient rituals. The motifs of Shakespeare’s mature dramas (Romeo and Juliet, Hamlet, King Lear, Othello, etc.) are brought to life with the vivid expressiveness of the film world of Quentin Tarantino.

Titus Andronicus is thought of as one of Shakespeare’s earliest dramas and one of the most stirring of the so-called “bloody tragedies.” The audience bears witness, through the spectacle of horrific, brutal events, to the personal and, at the same time, universal tragedy of the protagonist. Titus Andronicus, a Roman general, suffers defeat in the course of the drama, but a defeat so utter that it can hardly be grasped with a sober mind. Thus, the audience is confronted with the irrational dimensions of human existence and human death.

Sergei Potapov was born in a Yakut village in 1975. He studied acting in Yakutia, and direction – in Moscow. In 2003, he graduated from the directing department of the Russian Theatre Academy. He is called “Yakut Tarantino” in Russian theatre circles and in the world. His grandfather was a shaman, father – economist-accountant, mother – teacher of Yakut language and literature. Sergei Potapov has a daughter and a son. Both speak Sakha language. The director draws attention to climate warming – permafrost thaws in Siberia. Winters are not so frosty there anymore. Sergei while being a child wintered with a temperature even below 60 degrees. At present, Sergei Potapov works as a director in different theaters in Russia and Europe. He says that he loves his productions like children. He keeps up with their growing up, how they mature and advance in age. He likes to see them from the auditorium in order to make corrections depending on the audiences’ reaction. He has staged more than thirty performances by now.

He is a recipient of the Golden Mask National Theatrical Award. In 2013, his film Snowdrops won the prizes for Best Directing and Best Actor at the Cheboksary International Film Festival.