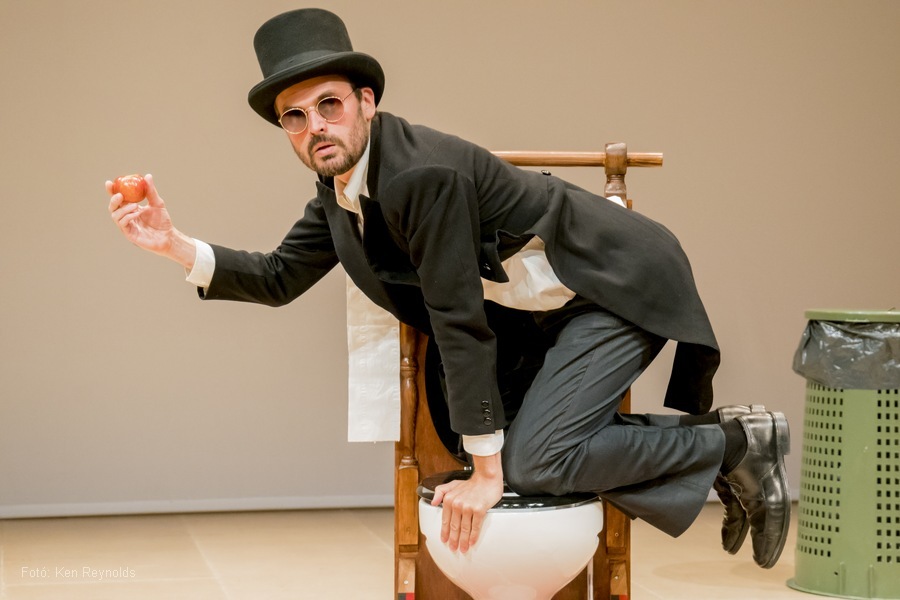 Performed in English, with Hungarian subtitles

A hidden territory exists buried within each of us, an underground graveyard where non-lived needs, actions and reactions reside, fermenting. It’s as if death has arrived at our doorstep unannounced. How has he seeped into our lives, his formless shadow deviating us from our deepest wishes? Has life slipped from our hands? And, if we have become a corpse incarnate, can a crack form in our coffin lid? Here, Dostoevsky’s reflections sound out as a weapon, striking back against that which stifles transformation. Fragments of Notes from the Underground and The Brothers Karamozov swirl and intermingle as boundaries between theatrical approaches are tested. Dostoevsky’s analysis of the human psyche meets the performing arts research of the Workcenter. A battle ensues which gives birth to an event that embodies narrative, comedy, grotesque and Art as vehicle. Is it possible to rid ourselves of that force which engulfs us daily and constitutes a redirecting of our destiny? Can we alter a plan nature has etched within us, and deviate from the habitual to uncover that which exists within, as if already defined, yet which remains until now unlived? 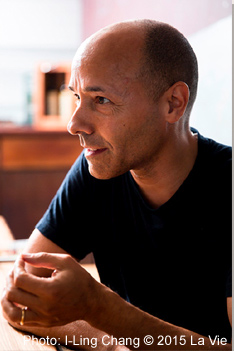 The Workcenter was founded in 1986 in the Italian city of Pontedera, where Grotowski, one of the most influential reformers of twentieth-century theatre, worked until his death in 1999. At the Workcenter, he carried out the last phase of his life’s research, known as Art as vehicle. In this performing arts research, as in certain old traditions, the attention for art goes together with the approach of the interiority of the human being. At the Workcenter he worked very closely with Thomas Richards, transmitting to him the fruit of his lifetime research, what he referred to as “the inner aspect of the work.” Grotowski entrusted Mr. Richards and Mario Biagini, a key member of the Workcenter team since its beginnings, as the sole legatees of his Estate, which includes his entire body of written work. Today, eighteen artists from nine countries are active full-time at the Workcenter, working in two teams led respectively by Richards and Biagini, exploring the ways in which the essential aspects of the research can unfold within creations that are destined for a variety of settings and contacts with observers, spectators and witnesses. The Workcenter holds performances in theatres, industrial buildings, churches, concert halls, bars, cafes, and even private homes. Over the course of the 31 years that have passed since its founding, numerous artists from countries all over the world have participated in the work of the Workcenter for shorter or longer periods of time. Grotowski tended to emphasized the importance and indeed necessity of development and growth, and he always strove to ensure that his work and research would never be transformed into dogmatic practice.