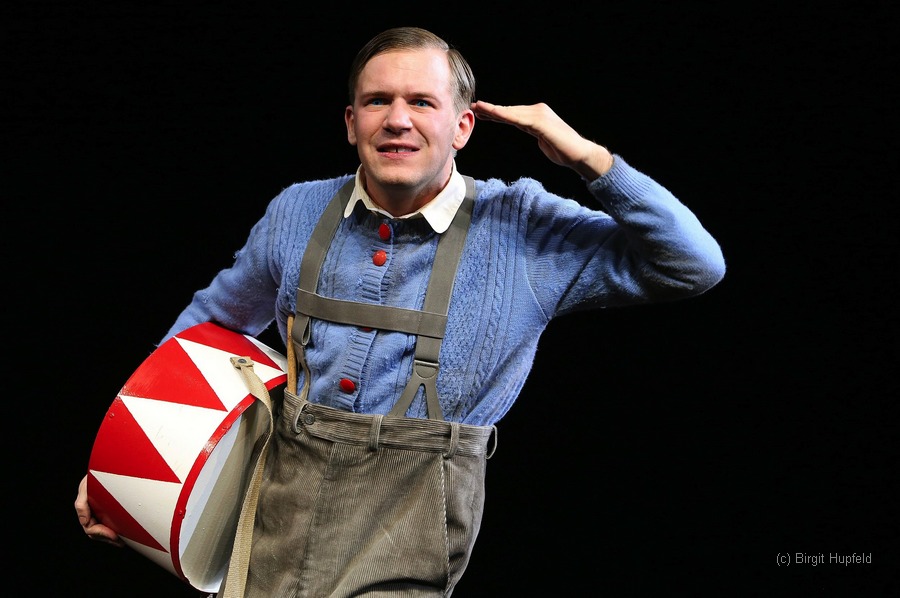 Performed in German, with Hungarian and English subtitles.

Oskar Matzerath has barely been born when he recognises the world to be a universal disaster – and rejects it entirely. Because the world he is tossed into, 1924 Danzig, is the dawn of the National Socialist regime. A world that provides scant opportunities for a growing boy to thrive. Only when his mother promises to give him a tin drum, an acceptable prospect for survival unfolds: the life of a drummer, the grotesque existence of an artist with all its ambivalence of motivation and consequences. And so, on his third birthday, Oskar decides to reject this world, to stop growing and to become an observer, a drummer. From his frog’s eye view, he describes the emergence of fascist thought and action, reports on adultery and Pogrom Night, links private stories with the history of the Third Reich. He is a witness and an outsider, a prosecutor and a participant in a world where a rupture in civilisation like the Holocaust is possible, and thus he poses the question of personal responsibility in an utterly dark world.

All his life, Günter Grass felt responsible for the horrors committed in the name of Germany. “Die Blechtrommel (The Tin Drum)” is an attempt to render transparent the mechanisms of his own seduction by nationalist and fascist ideologies and to sound a drum of dissent. Regardless of all controversy surrounding both the novel and its author, Nobel Prize laureate Günter Grass, the text is still regarded as a milestone of German post-war literature today. Director Oliver Reese tells the story of the eternal drummer in a version tailored entirely to the protagonist’s point of view.

“A triumph of acting!” (Frankfurter Rundschau) 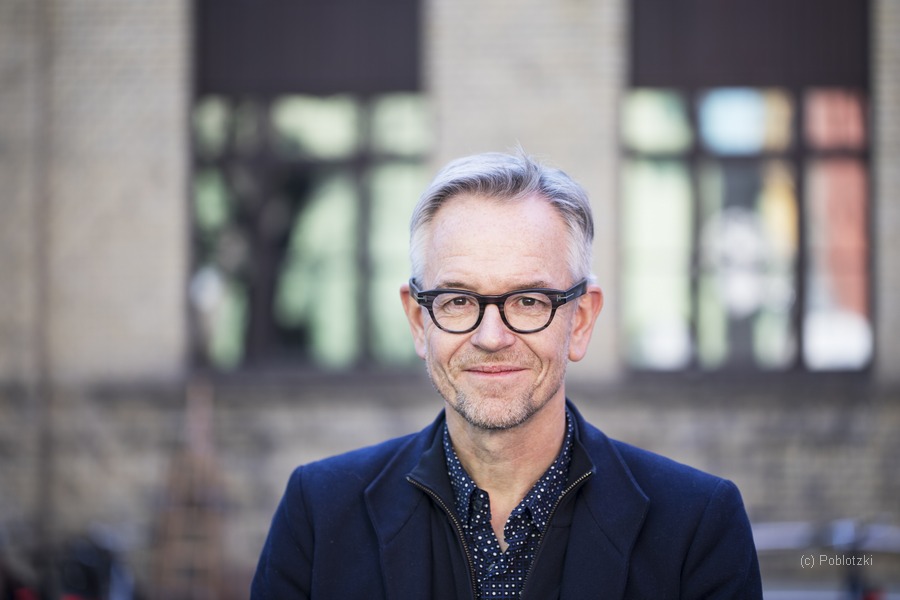 Oliver Reese was born in 1964 in Schloss Neuhaus near Paderborn. After studying Modern German Literature, Theatre Studies and Comparative Literature in Munich, he worked as an assistant director at Münchner Kammerspiele, Düsseldorfer Schauspielhaus and Bayerisches Staatsschauspiel, where he took the position of dramaturg in 1989.
In 1991, he was appointed head dramaturg at Theater Ulm. From 1994 to 2001, Oliver Reese was head dramaturg at Maxim Gorki Theater Berlin. Following this, he was appointed head dramaturg and deputy artistic director of Deutsches Theater Berlin (DT) by artistic director Bernd Wilms. During his time at DT, he worked with directors like Hans Neuenfels, Robert Wilson, Michael Thalheimer and Jürgen Gosch. In 2008, Deutsches Theater was voted to be Theatre of the Year. During the 2008/2009 season, Oliver Reese was DT’s interim artistic director and the theatre was invited to present Jürgen Gosch’s production of “Die Möwe (The Seagull)” at the Berlin Theatertreffen. From 2009 to 2017, Oliver Reese was artistic director of Schauspiel Frankfurt. During his tenure there, he raised the audience number to record levels with a repertory that ranged from the classics to the most recent contemporary drama.
After eight years at Schauspiel Frankfurt, Oliver Reese took up his position as artistic director of Berliner Ensemble from the 2017/18 season. This marked his return to Berlin, where he had previously created theatre for 15 years.