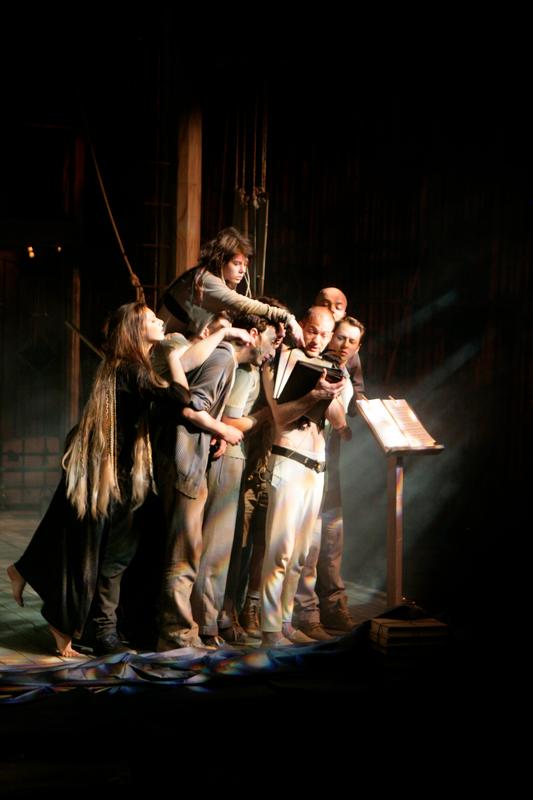 A fairytale about an unsceptred duke, who later becomes the magician Prospero, and about his daughter, Miranda. A comedy of illusion, extravaganza, a text about power and revenge, The Tempest is, above any performance, a play about the demiurgic strength of art and imagination. The science Prospero uses surpasses human laws, controls nature and apparitions and bestirs love.
The distribution is impressive - Ion Caramitru is playing Prospero in this captivating enactment, with rapturous rhythms, humour and emotion; its rich plasticity and the tempi of musical illustration remain alive in the minds of the theatregoers for a long time after they have left the hall. 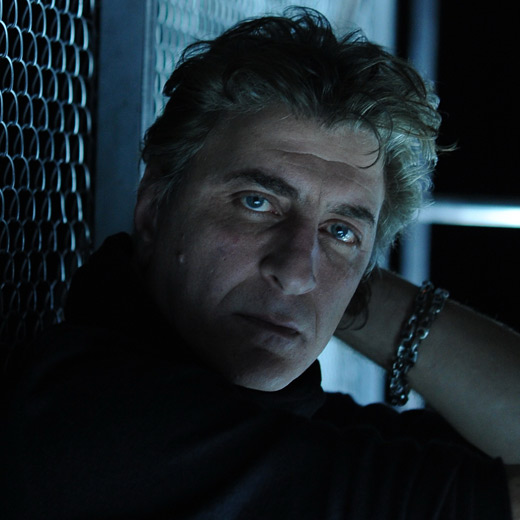 Born in the city of Yambol in Bulgaria in 1960, Alexander Morfov graduated as a theatre and puppet theatre director from Krastyo Sarafov National Academy for Theatre and Film Arts in Sofia in 1990. Between 1994 and 2000, while he was serving as the principal director of the Ivan Vazov National Theatre in Sofia, he succeeded in winning over the younger generation, who started to frequent the Theatre. He regularly directs performances in Russia, and many of his stage productions having been nominated for and have won awards in the Golden Mask, the Russian National Performing Arts Festival. After working as the principal director of the Vera Komissarzhevskaya Theatre in Saint Petersburg between 2003 and 2006, he returned to the Ivan Vazov National Theatre in 2006 as its principal director. In 2015, he was appointed managing director, but after a short period he became the principal director again. His performances have been presented in various international theatre festivals, for instance in Vienna, Casablanca, Kiev, Toruń, Belgrade, Wrocław, Hamburg, and Budapest, while in recent years he has directed performances in countries as culturally diverse as France, Sweden, Israel, Romania, Latvia, and Macedonia. As someone who is involved in the film industry, Morfov is noted both as an influential film director and a scriptwriter, and he regularly works as a film actor.