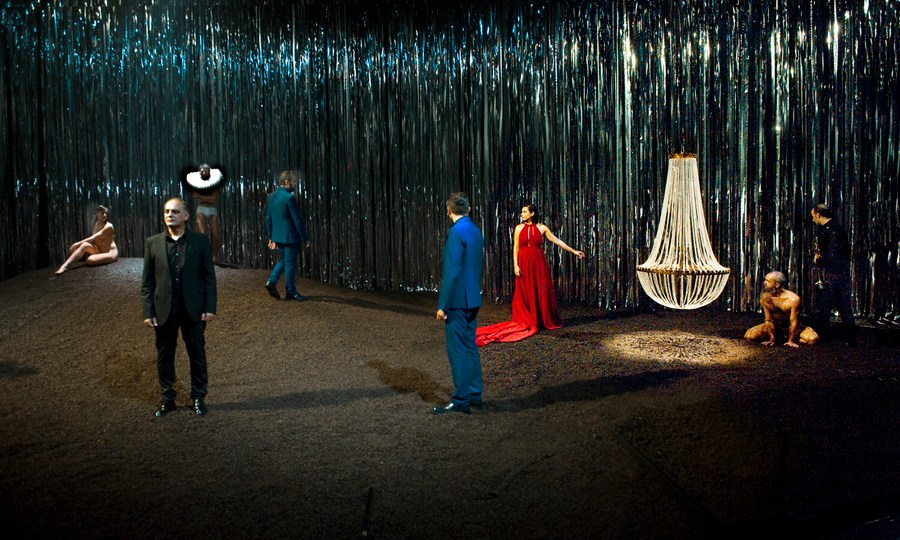 In Spanish with Hungarian subtitles

Very few directors have dared to put this play by Federico Garcia Lorca on stage. It is perhaps his most enigmatic, surreal, scandalous, and revolutionary work, as well as a pithy embodiment of his artistic creed. Lorca attacks norms, mediocrity, and intellectual narrow-mindedness, as well as art and theatre that have been crippled by convention. In contrast, he presents a “theatre under the sands,” which speaks to one’s innermost spaces—spaces the existence of which we are hesitant to admit even to ourselves—and forbidden, often shamefully concealed truths.

Alex Rigola and his theatre company excavate this theatre from the sands and make it sparkle, presenting us with a complete theatre in which text, gesture, music, and the audience itself as a fundamental partner in the creation of the work form a unit. The director does not force an interpretation of the play, but rather—remaining true to Lorca’s text and always being attentive to preserve the two threads, the personal and the social—raises the fundamental questions: what are the uses and functions of the theatre? What do we expect of the theatre? The real audience, or “public,” the anonymous protagonist of the play and a metaphor for society, becomes a part of the production.

We recommend the production for people 18 years of age and older. 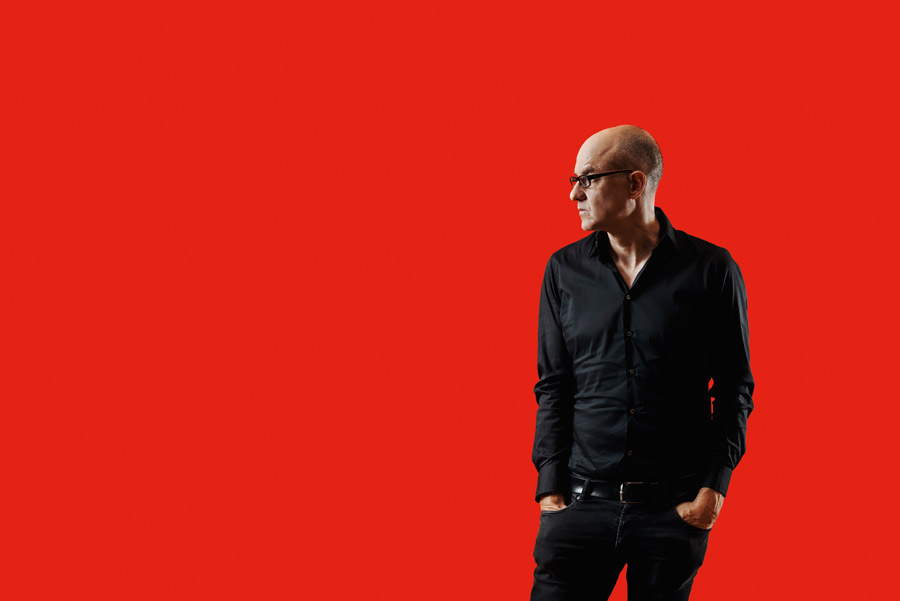 Born in Barcelona, in 1969, Àlex Rigola has staged four shows at La Abadía: Husbands and Wives, based on Woody Allen’s film script, which has been touring for two years, Richard Dresser’s Better Days, O’Neill’s Long Day’s Journey into Night, and Jarry’s King Ubu.

From 2003 to 2011, he directed the Teatre Lliure, one of the main theatres of Barcelona, where he staged, among many other shows, Cat on a hot tin Roof, Peter Morgan’s Nixon-Frost, Tom Stoppard’s Rock & Roll (awarded by the Critics of Barcelona, for the best show and best actress), 2666, after the huge homonymous novel by Roberto Bolaño (several awards: Premio de la Crítica de Barcelona, Premi Terenci Moix and two Premios Max), Richard III and Julius Ceasar, Brecht’s Saint Joan of the Stockyards, Mamet’s Glengarry Glen Ross, and European House (prologue to ‘Hamlet’ without words).

Rigola also directed the opera The flying Dutchman, coproduction between the Liceu (Barcelona) and the Teatro Real (Madrid), and after finishing his period at the Lliure he worked as a free lancer. We may highlight his shows Coriolanus by Shakespeare,Tragedy, a visual poem based on Nietzsche’s Birth of tragedy, and Police Rat, based on a short story by Roberto Bolaño.

Recenty he directed two shows in Germany: his reencounter with Bolaño’s 2666 at the Schaubühne (Berlin) and Shakespeare’s Midsummer Night’s Dream at the Düsseldorf Schauspielhaus.

Since 2010, Rigola directs the theatre section of the Biennale of Venice.