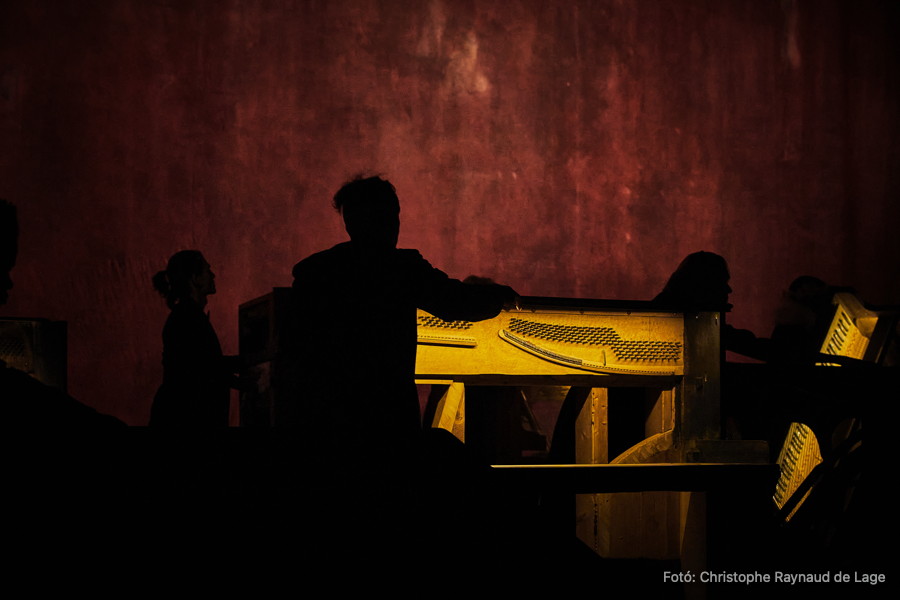 in French with Hungarian surtitles

The Hungarian public was introduced to Novarina's art in 2010, when he staged his own play, The Imaginary Operetta (L'Opérette imaginaire) at the Csokonai Theatre in Debrecen. (This production was a great success when the Debrecen-based company made a guest appearance at the Odéon Theatre in Paris.) Subsequently, Novarina's Hungarian-language production of So Spake Louis de Funès and his French-language production of Le Vivier des noms (In the Forest of Names) were presented at MITEM 2016. The key to appreciating Novarina's plays is to let the sound and physicality of the words penetrate us like light and to abandon the quest to understand their conceptual meaning. Bellorini, the renowned French director of this production, also places the emphasis on musicality.

"I became interested in the myth of Orpheus and Eurydice thanks to Claudio Monteverdi's L'Orfeo, which I staged at Saint-Denis Cathedral in 2017. This work, considered to be the first opera, expresses the special relationship between music and human history. Music heals the world, whereas speech tears it apart. At the same time, the story of Orpheus reminds us of the sensitivity of speech, of words. In fact, it is also a song. What if all the ills of the world stem from the use of words as a mere means of communication, stripped of all poetry?

With Valère Novarina, words are always polyphonic, infinitely nuanced. Thanks to the sounds that make up the words, and thanks to the actors and their inner singing, the meaning, power and magic of each word are multiplied. Inviting Valère Novarina to write a contemporary interpretation of the myth of Orpheus means questioning the power of words, their possibilities, and thereby reaffirming that the richness of the world lies in its nuances. Novarina’s A Game of Shadows (Le Jeu des Ombres) is a distant echo of the original myth. It is dominated by the cheekiness and humour of the chorus lines. It is a score wherein the company is the orchestra; the actors are acrobats juggling words. Obviously, an encounter with these words provokes a profound vertigo, which in turn, becomes a driving force: this secret text opens up the words and enables the actors to utter the unspeakable. And the music, the beating heart of the performance, tells yet another story of the great gulf between speakable and unspeakable.

All that takes place in the space of the theatre where the shadows play. Because, beyond the myth and through it the descent into hell, this shadow play is also a homage to the theatre." 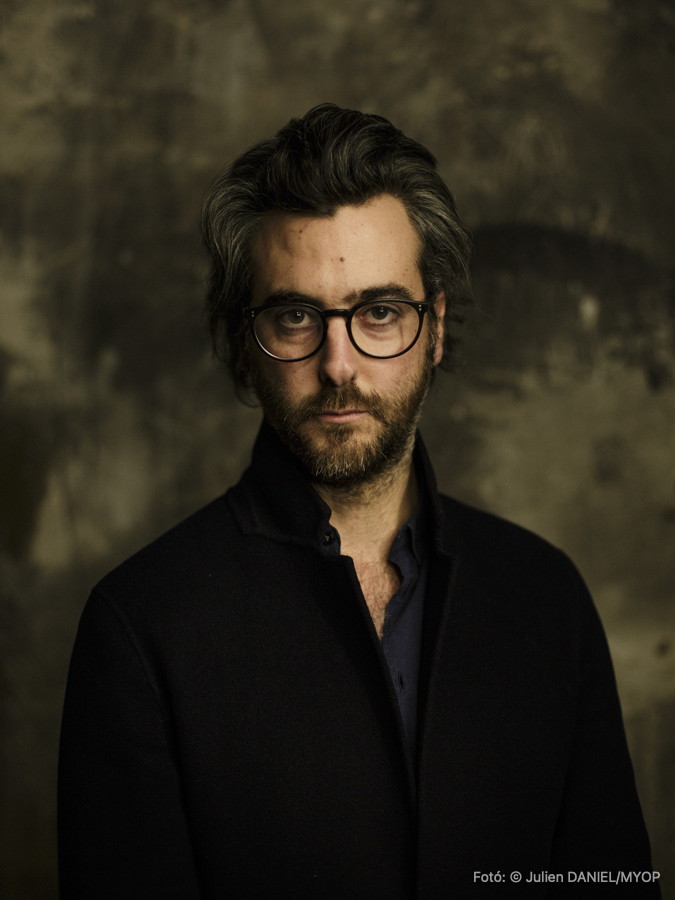 Director Jean Bellorini works with great dramatic and literary texts. His productions closely combine theatre and music. Among other achievements, he adapted Victor Hugo's novel Les Misérables for the stage under the title Tempête sous un crâne (Tempest in a Skull), and directed Paroles Gelées (Frozen Words) based on Rabelais (which won him the Molière Prize for best direction). His other outstanding directions include Bertolt Brecht's The Good Person of Szechwan (Molière Prize for best public theatre production), Ferenc Molnár's Liliom, and Dostoyevsky's The Brothers Karamazov (for the 2016 Avignon Festival). In 2014, he was appointed Director of Saint-Denis’s Théâtre Gérard Philipe Centre Dramatique National where he presented Un instant (A Moment) based on Proust, and Onegin based on Pushkin. He has established a company of teenagers (Troupe éphémère) with which he creates a production each season. He is regularly active in the opera genre and has worked extensively abroad. He has collaborated with the Berliner Ensemble and St Petersburg’s Alexandrinsky Theatre, and will present Il Tartufo with Teatro di Napoli in spring 2022. Since 2020, he has been Director of the prestigious TNP (Théâtre National Populaire). His production of Valère Novarina's Le Jeu des Ombres was presented during the 2020 Avignon Art Week (Semaine d’art).