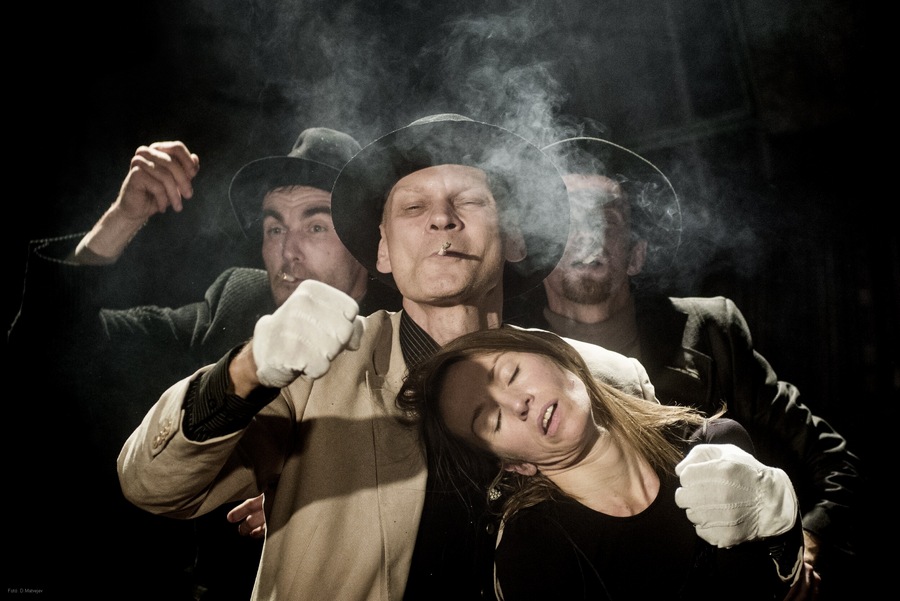 Performed in Lithuanian, with Hungarian and English subtitles

The Lithuanian Meno Fortas Theatre, the name of which means “a fortress of art,” was founded in 1998 by several people, but among the most prominent was perhaps Eimuntas Nekrošius. Nekrošius’s innovative productions of classic plays such as Hamlet, Macbeth, Othello, The Seagull, as well as texts like The Song of Songs and Dante’s Divine Comedy, have brought international fame to the director and the theatre alike. Their latest production is based on Franz Kafka’s last short story, “The Hunger Artist.” Nekrošius’s theatrical vision of Kafka’s much-analysed philosophical work would probably surprise even the most erudite literary scholar, and not only because instead of a man sitting in a cage the protagonist is a woman who walks free. The interpretation of the four performers is so powerful and captivating that often the audience has no time or prompting to search for philosophical depth. Dinner is served. Would anyone like a bite? Suddenly we find ourselves listening to the hunger artist singing a popular song from our childhood or trying to give us a short lecture on digestion. The most striking aspect is that all this looks and sounds like an organic totality. Like the ascetic minimalism that is in such perfect harmony with Kafka.