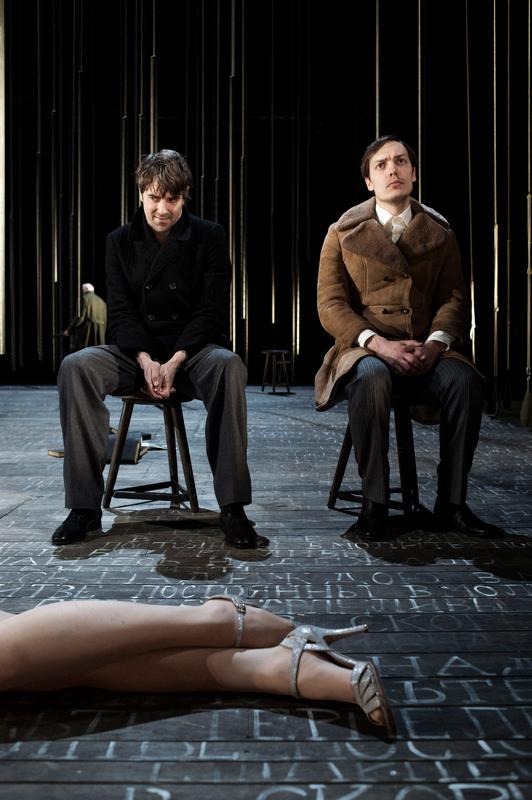 In his final monumental novel, published shortly before his death in 1880, the well-known Russian author deals with the great themes of humanity: never-ending sibling rivalry, conflict between father and son, the battle of the sexes and not least the struggle for meaning and morality, deeply rooted in violence, blood and murder on the brink of nihilism. 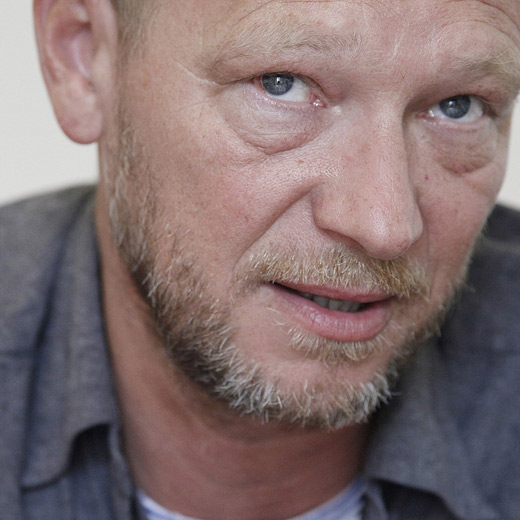 Luk Perceval began his theatrical career in 1979 as an actor at the National Theatre in Antwerp, which he left five years later to set up his own independent group, ‘Blauwe Maandag Compagnie’. He staged many productions with the ‘BMCie’, including the Shakespeare marathon, ‘Ten oorlog’. The German language version entitled ‘Schlachten!’ premiered at the Salzburg Festspielen in 1999. In 2000 the production was invited to the Berlin Theatertreffen, voted Premiere of the Year and awarded the ZDF/3SAT ‘Innovation Prize.’ In 1998, Perceval was made Director of the National Theatre in Antwerp, which he restructured to ‘Het Toneelhuis’. In Germany he developed productions including Chekhov’s ‘The Cherry Orchard’ at the schauspielhannover, and at the Munich Kammerspielen he staged ‘Autumn Dream’ by Jon Fosse (invited to the 2002 Berlin Theatertreffen) and Shakespeare’s ‘Othello’ in an adaptation by Feridun Zaimoglu and Günter Senkel. This production was adopted into the Thalia repertoire in 2009. As an opera director he has worked at the Stuttgart State Opera, the Hanover State Opera and the State Opera at Unter den Linden in Berlin. His productions of ‘Othello’ and ‘Uncle Vanya’ have been performed at international theatre festivals to great acclaim. From 2005 to 2008, Luk Perceval was Director in Residence at the Schaubühne at Lehniner Platz in Berlin, and in 2004 and 2007 his productions ‘Andromache’ and ‘Maria Stuart’ were awarded the Friedrich Luft Prize by the Berliner Morgenpost. Since 2000, Perceval has been developing a series of theatre films based on his productions and has completed documentary films, ‘Düsseldorf mon Amour’ and ‘Die verborgene Stadt’.

Luk Perceval has been Principal Director at Thalia since the beginning of the 2009/2010 season. Furthermore, from 2008-2011 Perceval acted as Course Director for Directing and Drama at the Academy of Performing Arts in Baden-Württemberg. Over the past few seasons at Thalia he has staged, ‘The truth about THE KENNEDYS’, ‘Nach der Probe’ by Ingmar Bergman, ‘Kinder der Sonne’ by Maxim Gorki, ‘Große Freiheit Nr. 7’ based on the film by Helmut Käutner, ‘Hamlet’ by William Shakespeare in an adaptation by Feridun Zaimoglu and Günter Senkel and ‘Draußen vor der Tür’ by Wolfgang Borchert (Premiere 2011), which received the Golden Mask in the category of ‘Best Foreign Production Presented in Russia in 2013’ in Moscow in April 2014, a national Russian theatre prize, given out every year in all areas of performing arts.


Moreover, in the 2011/2012 season he collaborated with the Ruhrtriennale to stage Shakespeare’s ‘Macbeth’ as well as Anton Chekov’s ‘The Cherry Orchard’. His production of ‘Jeder stirbt für sich allein,’ based on the novel by Hans Fallada, celebrated its premiere during the 2012/2013 season and was invited to the Berlin Festspiele in May 2013.


In 2013, Luk Perceval was awarded the German theatre prize, the ‘Faust’ in the category of Theatre Direction.

In 2012/13 he brought ‘The Brothers Karamazov’ by Fyodor M. Dostoyevsky to the Thalia stage. During the 2013/14 season he directed the farce,  ‘Der nackte Wahnsinn’. Moreover he developed ‘FRONT - Im Westen nichts Neues’, a polyphony inspired by Erich Maria Remarque’s ‘All Quiet on the Western Front’, ‘Le Feu’ by Henri Barbusse and contemporary documents, in collaboration with the NTGent. The international production has been invited to festivals including Festival Perspective 2014 in Saarbrücken and the Edinburgh International Festival 2014. ‘FRONT – Im Westen nichts Neues’ was also invited to ‘1914 – 2014. One Hundred European Years’, the international summer festival hosted by German President Joachim Gauck at 9pm on 27th June in the grounds of the Bellevue Palace in Berlin.