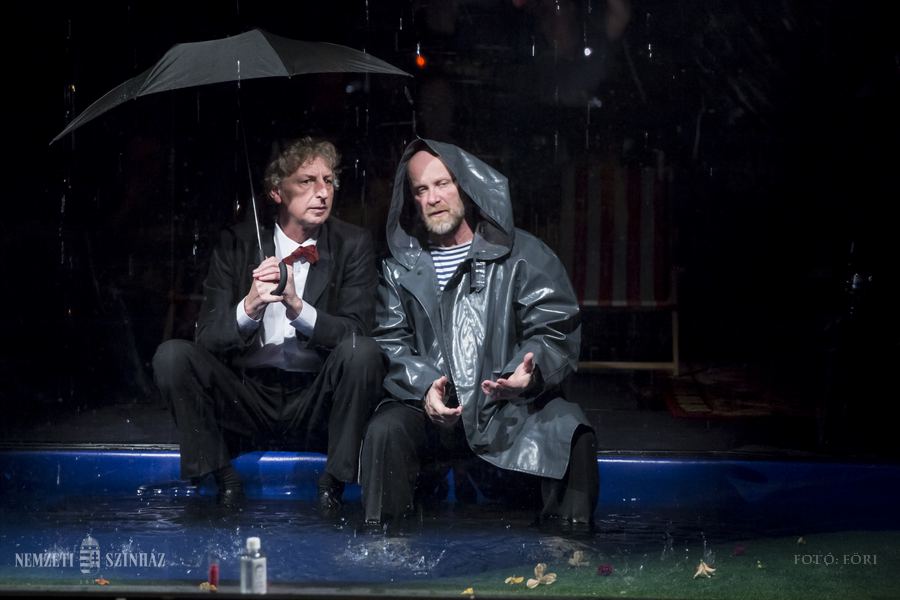 In Hungarian with English translation

Written by Bea Ernyei and Péter Galambos, on the basis of the novel of the same title by Vladislav Vančura and other documents.

The dull summertime serenity of Krokovy Vary is disturbed by the arrival of a wandering illusionist and tightrope walker and his beautiful young assistant, Anna. The arrival of the circus performers throws into confusion the lives of three good friends who pass the time in the boring little town with lofty banter and taunting.

The poetic-minded prebend, the major, who loves to recount anecdotes, and the philosophizing bath attendant immediately fall in love with Anna, and they all try to win her heart. In the meantime, Katerina, the neglected wife of the bath attendant, falls under the spell of the illusionist.

It is almost as if the god and goddess of freedom had arrived in the little town, where time has come to a standstill. All three men want to win Anna’s love, even if it means enduring both physical and emotional wounds. Katerina moves into the circus car, but the life of a showman does not prove as alluring as she had thought. Freedom is both tiring and dangerous.

This is the story of three days and three nights, a bit like in a fairytale, except that in the meantime twenty years of stormy Czech history take place, beginning with 1968 and ending with the so-called Velvet Revolution. For our heroes, this is all a kind of background noise. The world outside and history itself, of which they hardly take any notice, filter in over the radio, on television, or in music and documents. 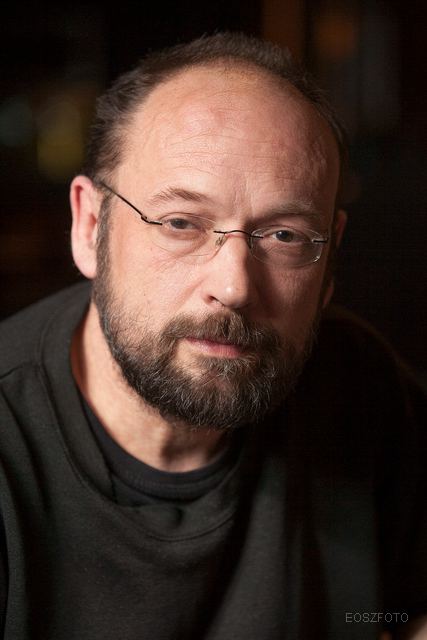 Péter Galambos completed his studies in theatre direction at the University of Theatre and Film Arts in Budapest, but earlier he had also pursued studies in the fine arts, majoring in applied graphic arts.

He is a theatre director first and foremost, but he also designs scenery and write the scripts for the productions, naturally working in close collaboration with his colleagues, since he regards community and teamwork as important values. The visually captivating set designs are clearly in part the product of his work in the fine arts. As a director and stage designer he has created many remarkable productions, working together with the artists of the theatre companies of the Új Színház (New Theatre), the Veszprém Petőfi Theatre, the Theatre and Art Base in Zsámbék, the Bárka Theatre, the Vörösmarty Theatre, the Jászai Mari Theatre, the Gárdonyi Géza Theatre, the Ruttkai Éva Theatre, the Szeged National Theatre, the Centrál Theatre, the Madách Theatre, and the Budapest Kamaraszínház.