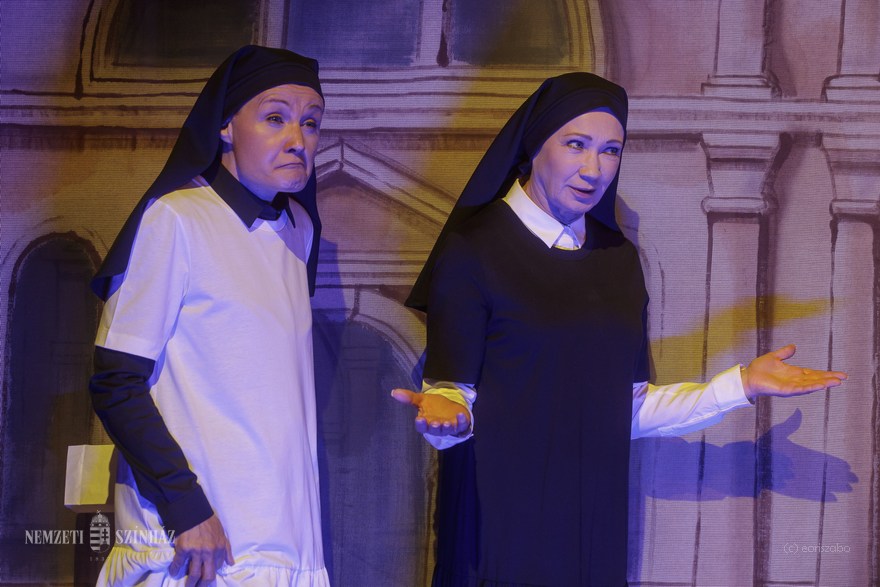 At the MITEM performed in Hungarian with English subtitles

A tale of horror

Few, if any, plays by Brecht have been influenced more profoundly by the ebbs and flows of daily politics than Round Heads and Pointed Heads. The play was written in the period between 1932 and 1936, during which time Germany was unexpectedly and terribly transformed. Brecht was commissioned to prepare an adaptation of Measure for Measure by Shakespeare for the Volksbühne in Berlin; however, the premiere scheduled for January 1932 was cancelled. Brecht kept on working on the adaptation, and finally decided to turn it into a new play, the first manuscript of which was published at the end of 1932 by a publishing house specialized in theatrical plays. Further revised, the so-called '1933 version' was ready for printing as part of Brecht's Versuche (Experiments), but to no avail. The wave of history came crashing down on the issues discussed by the author, and his person too. "They chased me away – / And with good reason at that.”

On 28 February 1933, more famously the day after the Reichstag was torched, Brecht took his family and left Germany, with the proof-sheet of Round Heads and Pointed Heads tucked away in his suitcase. He kept the starting point and a few motifs from Measure for Measure by Shakespeare, whose prince is a weak monarch who is not able to rein in the libertinism that has engulfed the realm. Not knowing what to do, he vests Angelo with power to lead. Honest and ascetic on the surface, he is actually a master of deceit who goes on to badly abuse his power. Seeing this, the good prince returns and things go back to normal. However, he cannot undo the bad things that occurred because of his weakness, cowardice and inability to judge a person's character. Similarly, Brecht's Viceroy cannot overcome the trouble in his country caused by the overproduction crisis. As such, it is not a moral, but an economic issue at the heart of events, which makes the people even more wicked and the course of events more violent.

For example, the role of would-be-nun Isabella is not played by the former lover at the extorted rendezvous, but Nanna, the prostitute, who seems to be expendable at first—but then is gangraped by the entire company of guardsmen. The tenants are restless because the rent is too high. A war would seem to be welcome, but first the rebels must be pacified. Under these circumstances, the Viceroy turns his authority over to Iberin, a demagogue, who proposes an original solution. In his views, there are two kinds of people in the land of Yahoo—Czuchs and Czichs, or those whose heads are round or pointed, respectively—, and Czichs are at the core of all problems. The Viceroy does not intend to put up any kind of serious resistance and quits, even though he is perfectly clear about the fate that awaits his subjects. Iberin does short work of the country, and by the time the people realize that the persecution of Czichs will not, in fact, ensure them a better life, the rebellion is quashed. The Viceroy returns and vetoes some of Iberin's more brutish measures, such as the lawsuit against the wealthy Czich. However, his intervention only worsens the situation, as the tenants who believed that they can profit from the chaos become even more vulnerable. The time for war has finally arrived.

Round Heads and Pointed Heads is not a part of the Brechtian canon. The play was written in the interval between the educational dramas and his "great" pieces authored in emigration. However, he treats us to the same rich and minutious portrayal of human nature as is characteristic to all his writings. Imbued with a passionate drive for pointing to the heart of social issues, the play is a loud wake-up call against oppression in the best Brechtian fashion.

Emma Cornamontis, proprietress of a coffeehouse

Attorney of the Guzman family 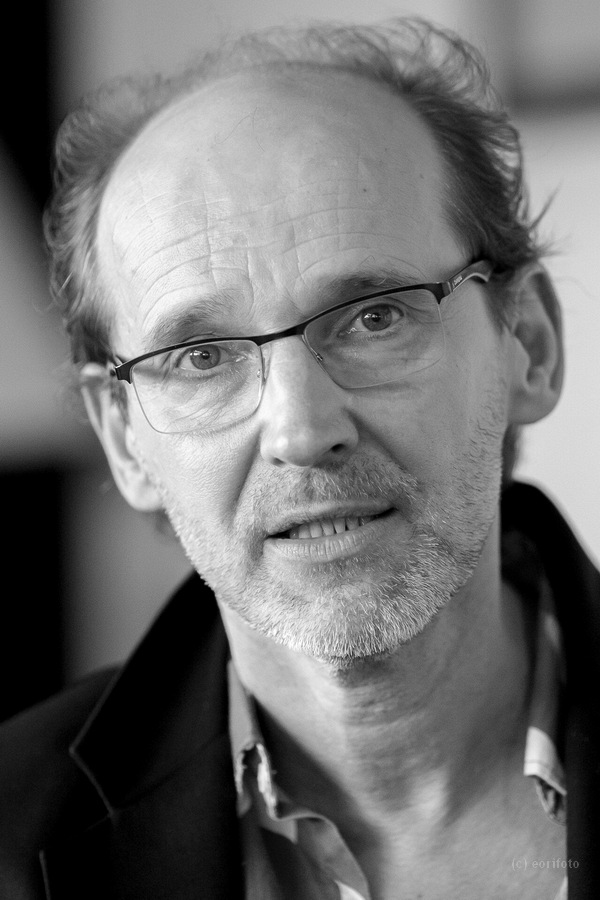 Sándor Zsótér was born in Budapest, 1961. He is a director, dramaturge and actor, who has starred in leading roles in several Hungarian films. Zsótér studied at the University of Theatre and Film Arts, Budapest. After his graduation in 1983, he started working as a dramaturge in Zalaegerszeg. He continued his work in Szolnok in 1985, then a year later in Budapest in the Radnóti Theatre, to settle in Nyíregyháza in 1990. He has been directing since 1991. Zsótér continued his work as a director in Miskolc from 1992. In 1991 he was asked for the leading director’s position in the Theatre of Szolnok by György Spiró. He has worked for the National Theatre of Szeged from 1996, for the Radnóti Theatre, Budapest from 1999. He has been teaching at the University of Theatre and Film Arts since 1996, and at the Department of Theatre Studies, University of Veszprém.