“I have been carrying around this story for more than twenty years – a story which is very personal and which I thought could not be shared with others – when I was invited by the National Theatre in Budapest and decided not to put this off any longer. It was time to tell this story, come what may. We were expecting our third child in Satu Mare in 1989. The due date was approaching when the embryo decided not to come into this world. It died in its mother’s womb. It gave up before its birth, like Beckett’s embryo-self, performing its soliloquy in the womb, refusing to be born, then, on 13 April, Good Friday, it was born, born into death. It should have been born in its death, but it refused to. And our doctors did not intervene, strict laws forbade abortion; a spontaneous miscarriage will solve the problem, they said. A dictatorship, no matter what colour it is, wants to rule over the body too – it is not satisfied by crippling the soul. ‘Porn’ is a fictive cover-name. Reality, however, is far more astounding than this fiction. The cover-name does not really cover reality: it uncovers and rapes it.    ‘Porn’ is an installation, the antechamber of the performance, which makes all the secret service documents written about me public. There is no editing, no heroic story. Where there is tyranny, there is tyranny.” (András Visky) 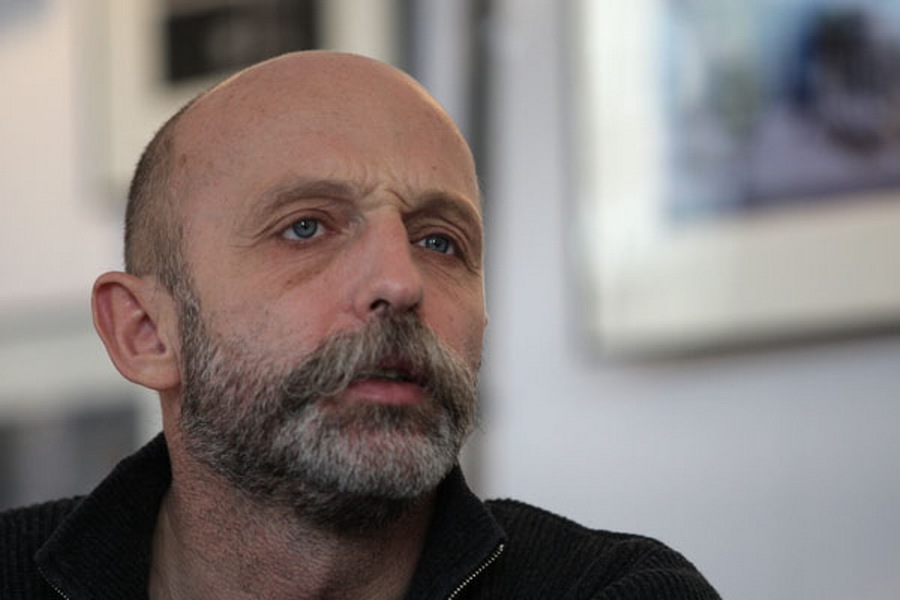 András Visky was born in Târgu Mureș in 1957. He is a writer, playwright, dramaturg, director, and pedagogue. Since 2008, he has served as the artistic director of the Hungarian State Theatre of Cluj. His plays have been performed in theatres in Hungary, Romania, Serbia, Bulgaria, Poland, England, and the United States in productions by directors such as Christopher Markle, Boian Ivanov, Mihai Măniuţiu, Stephanie Sandberg, Karin Coonrod, Cezi Studniak, Gábor Tompa, and Robert Woodruff. His notion of “barracks dramaturgy” is taught as part of the curriculum at several universities. He is an instructor at the Babeş-Bolyai University in Cluj and the Károli Gáspár University of the Reformed Church in Budapest. He has also taught as a guest instructor at a number of prestigious universities, including the Yale School of Drama, the University of California, the Korea National University of Arts, Calvin College, Northern Illinois University, and the Josai International University in Japan.