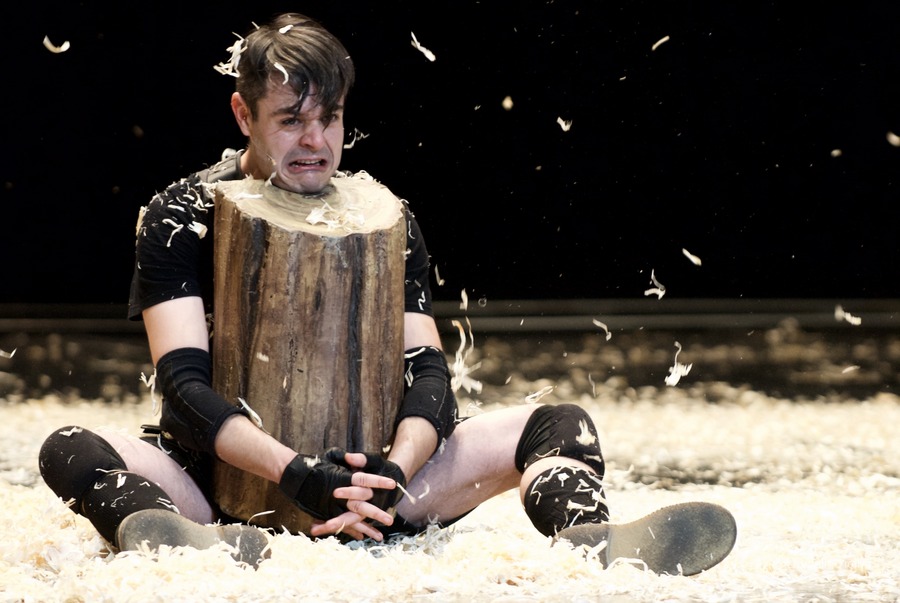 In Italian with the Hungarian subtitles.

You get born, and you nurse on lies, and you get weaned on lies, and you learn fancier lies in school. You live all your life on lies, and then maybe when you're ready to die, it comes to you — that there's nothing, nothing but yourself and what you could have done. Only you ain't done it, because the lies told you there was something else. Then you know you could of had the world, because you're the only one that knows the secret; only then it's too late. You’re too old. (From Butcher’s Crossing, by John E. Williams)

The truth will out? Is life really like this? Is it true that lies are discovered, or do they remain secret, hidden beneath the truth? We are used to thinking that the little puppet sees his own nose get longer every time he tells a lie; this is what we have been taught and this is what we have learned to believe. And yet this itself is a lie told by adults. Pinocchio’s nose, in Collodi’s tale, grows on various occasions, but not so many considering the length of the story. And not always when Pinocchio lies. At times his nose grows because he lives; a reminder to the puppet that he is capable of feeling, despite being made of wood, of lifeless matter. It allows him to feel the breath of life in different ways from us. Pinocchio’s nose grows for the first time in the very moment that he is created by his father; perhaps this also tells us that the lies are not Pinocchio’s but rather his creator's, the childless Geppetto who wants a wonderful puppet with which to travel the world and make money, and by ‘wonderful’ I mean a creature who evokes wonder, who enchants and who astonishes. 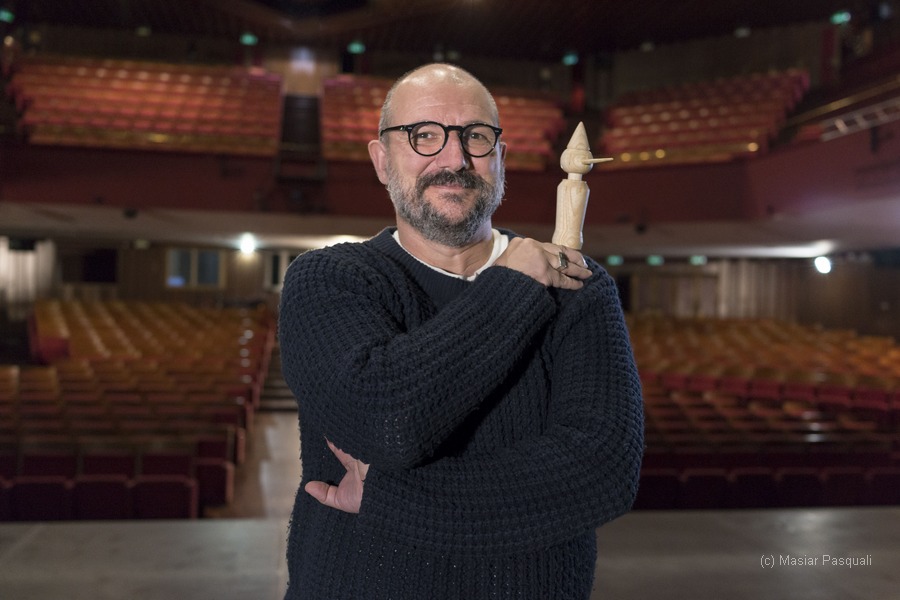 Antonio Latella (playwright and director). Born in Castellamare di Stabia in 1967. He studied acting at the School of the Teatro Stabile of Turin, directed by Franco Passatore, and at the Bottega Teatrale of Florence, directed by Vittorio Gassman. In 1998 he directed his first play, and in 2004 he moved to Berlin. In 2006 he was invited to direct one of the courses at the École des Maîtres, and was the artistic director of the New Teatro Nuovo in Naples for the 2010/2011 season. In 2011 he founded his own company, stabilemobile. In 2004 he debuted in Lyon, directing d’Opera. His plays have been produced and hosted by the most important Festivals and Theatres in Europe. Among his most important stagings: Othello (1999) and Romeo and Juliet (2000, 2001 Ubu Award for the “Shakespeare e oltre” project), I Negri (2002 ) and Querelle (2002), Pilade (2002), Porcile (2003) and Bestia da stile (2004, The Vittorio Gassman special award), La cena delle ceneri (2005, ANTC Award, Production of the year), Studio su Medea (2007 Ubu Award for Production of the year), The Holiday Trilogy (2008, a play in Italian and German, produced by Schauspielhaus in Cologne), Non essere - Progetto Hamlet’s portraits (2008, produced by the Teatro Stabile dell’Umbria and the Festival delle Colline Torinesi), [H] L_Dopa (2010, produced by the new Teatro Nuovo di Napoli), Die Nacht kurz von der Wäldern (2011, produced by the Berliner Festspiele and stabilemobile), A streetcar named desire (2012 Ubu and Hystrio Awards for directing), Francamente me ne infischio, (2013 Ubu Award for best Director), Die Wohlgesinnten (2013, a play in German produced by the Schauspielhaus in Vienna), Peer Gynt (2014, a play in Russian, produced by the Stary Dom in Novosibirsk), Natale in casa Cupiello (Le Maschere del Teatro italiano 2015 Award for Best Director). In 2015 he presented Ti regalo la mia morte, Veronika inspired byVeronika Voss by R.W. Fassbinder, MA on the figure of the mother of Pasolini, and The importance of being Ernest. 2016 saw the debuts at the Theater Basel of Oedipus and Caligula as well as his role as director of the Higher Training course at the Emilia Romeo Teatro Santa Estasi. Atridi: otto ritratti di famiglia (2016 ANTC Award, and the Ubu Award for production of the year). In 2017 he staged Pinocchio for the Piccolo Teatro di Milano. The Venice Biennial, presided over by Paolo Baratta, has nominated him as director of the Theatre Sector for the 2017-2020 period.