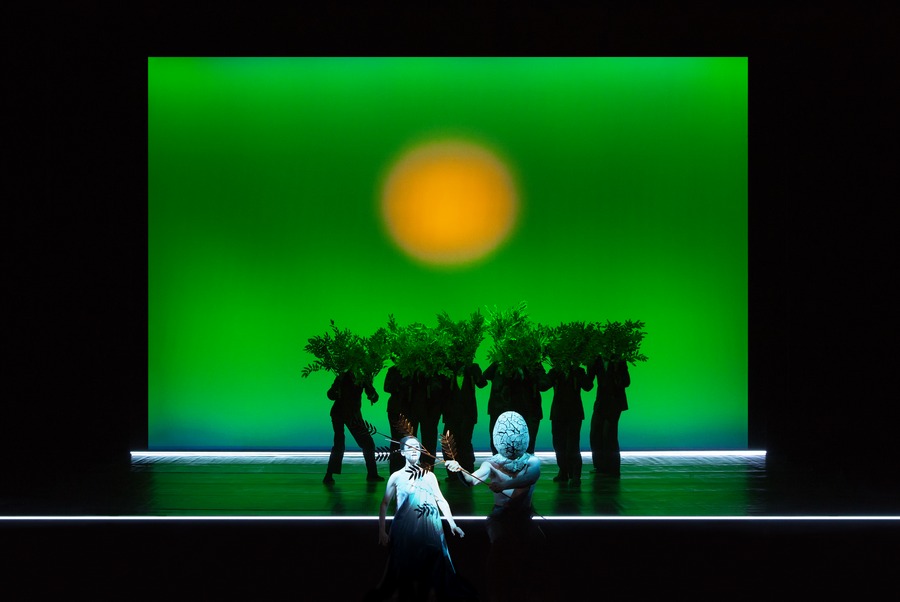 Oedipus Rex, based on the tragedy by Sophocles, is the new work designed and directed by Robert Wilson, produced by Change Performing Arts, commissioned by “Conversazioni” - the festival of the palladian Teatro Olimpico in Vicenza - and coproduced by “Pompeii Theatrum Mundi” – the festival of ancient dramaturgy taking place in the ancient theatre of the archeological site. This same tragedy by Sophocles was staged in 1585 at Teatro Olimpico to inaugurate the most famous masterpiece by Andrea Palladio, for which Vincenzo Scamozzi designed the scenery that still adorns the interior of the theater to be admired after more than four centuries. The music composed by Andrea Gabrieli and a monochrome mural painting remains today to allow visitors to imagine the splendors during the time of that premiere.

While the backbone of the performance is the famous text by Sophocles (430 BC) with the classical Italian translation in verses by Ettore Romagnoli (1926), inserts of the ancient translation by Orsatto Giustiniano (1585), and various different contemporary languages will be intertwined to allude to a myth that travels freely across time, geographical and cultural borders.

The performance is dramaturgically structured as an Homeric recitation by an aoidos and the staging concept is highly characteristic to the works by the great American artist and director: Wilson crosses boundaries between theater, dance, music and visual art, and also creates scenes that are not in the original tragedy by Sophocles such as Pitia announcing the oracle of Delphi and the marriage of Oedipus to Jocasta.

The production comprises of seven internationally renowned actors, one musician and seven performers. Music plays a central role in the project, originally composed and performed by Dickie Landry, a saxophonist from New Orleans, who exchanges musical dialogues with Syrian clarinetist Kinan Azmeh.

„My staging of Sophocles’ tragedy was first performed at the Roman Theater of Pompei modelled after the ancient Greek amphitheaters. It then went to the Palladian Teatro Olimpico in Vicenza inspired by the Roman ancient theaters in its turn, as first roofed theater in the world inaugurated in 1585. It was then a great challenge to present “Oedipus” in the magnificent theater of Epidaurus that reminds us where the roots of modern theater lie: an ancient Greek theater whose origins date back four centuries BC almost as the Theater of Dionysus in Athens where “Oedipus the King” was first performed in 429 BC.

The performance is structured in a classical way: five parts and a prologue, the first part being echoed in the fifth part, the second in the fourth. The third part, a wild pagan wedding ceremony, is the centerpiece. Each part is defined by the materials of scenic elements used onstage: wooden planks, leafless branches, steel paper and sheets of galvanized metal, green branches, contemporary folding chairs, tar paper and vegetable woven fabrics with silk. Music plays a central role, originally composed and performed by Dickie Landry, a saxophonist from New Orleans, who exchanges musical dialogues with Syrian clarinetist Kinan Azmeh.

The main theme of the story of Oedipus to me is darkness. He vows to shed light on the murder of Laius in order to free the city of Thebes from the plague. But is he able to bear the light when it shines on him at last? Is he able to confront his own past, his origins? As Tiresias, the blind seer, puts it: as long as Oedipus has eyesight, he is blind. When he starts to see the truth, he blinds himself. Can we bear to look at the truth today?” (Robert Wilson)

Performance in Italian, English, French, German and Greek, based on the original Italian translation in verses by Ettore Romagnoli (1926) and Orsatto Giustiniani (1585)

Commissioned and co-produced by 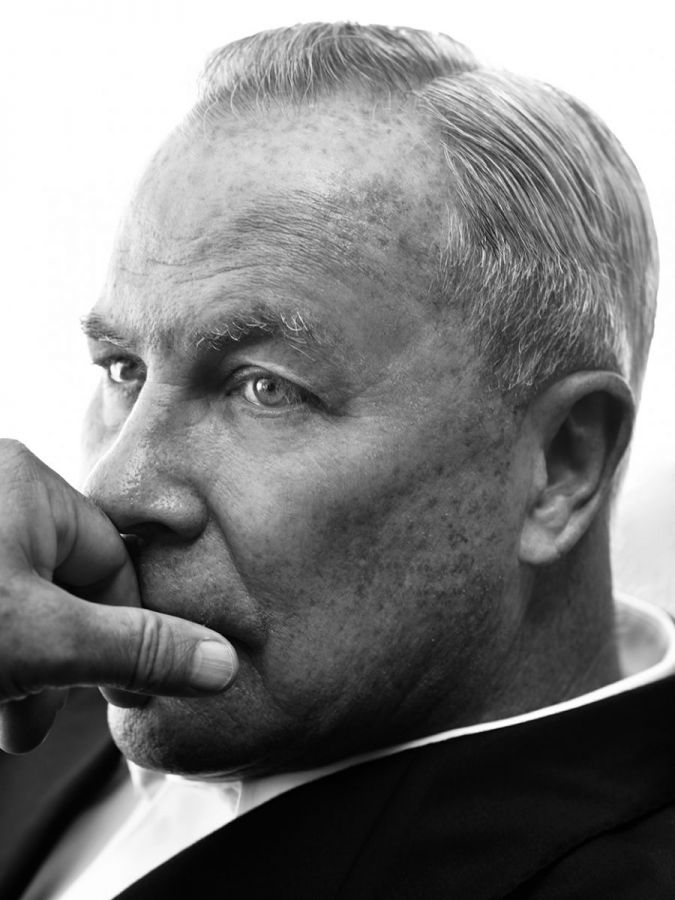 Born in Waco, Texas, Wilson is among the world’s foremost theater and visual artists. His works for the stage unconventionally integrate a wide variety of artistic media, including dance, movement, lighting, sculpture, music and text. His images are aesthetically striking and emotionally charged, and his productions have earned the acclaim of audiences and critics worldwide. After being educated at the University of Texas and Brooklyn’s Pratt Institute, Wilson founded the New York-based performance collective “The Byrd Hoffman School of Byrds” in the mid-1960s, and developed his first signature works, including Deafman Glance (1970) and A Letter for Queen Victoria (1974-1975). With Philip Glass he wrote the seminal opera Einstein on the Beach (1976).

Wilson’s drawings, paintings and sculptures have been presented around the world in hundreds of solo and group showings, and his works are held in private collections / museums throughout the world. Wilson has been honored with numerous awards for excellence, including a Pulitzer Prize nomination, two Premio Ubu awards, the Golden Lion of the Venice

Wilson is the founder and Artistic Director of The Watermill Center, a laboratory for the Arts in Water Mill, New York.