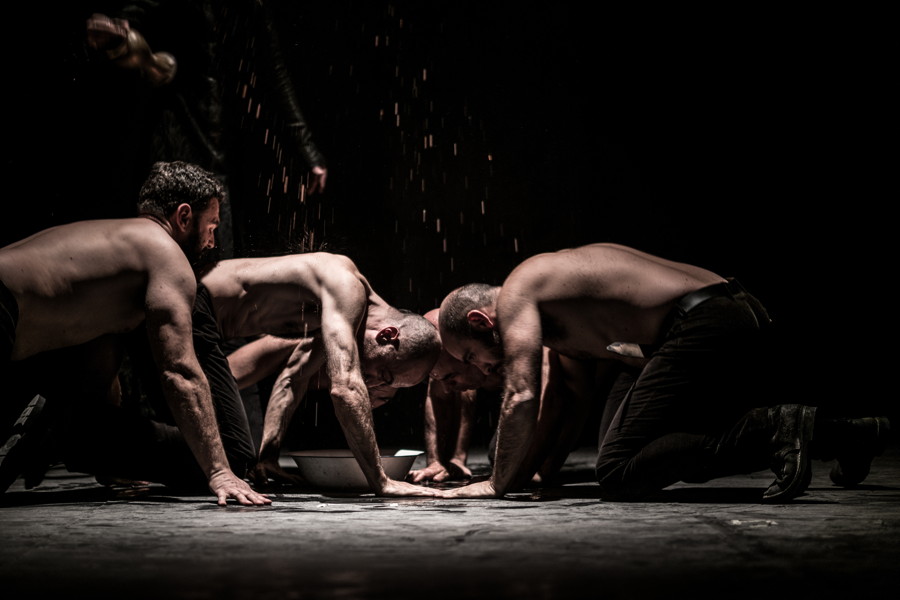 Performed in Sardinian with English and Hungarian surtitles

‘When the supernatural enters a being which does not have enough love to receive it, it turns into evil. This is the lesson: ambition is limitless, while real possibilities never are; in crossing them, one falls.’ Simone Weil

Shakespeare’s Macbeth, performed in Sardinian and, in the pure Elizabethan tradition, by an all-male cast. The idea originated during Serra’s photographic coverage of the carnivals in Sardinia’s Barbagia region. The gloomy sounds of cowbells and ancient instruments, the animal skins, the horns, the cork. The power of the gestures and of the voice, the kinship to Dionysius and, at the same time, the incredible formal precision of the dances and chants. The sullen masks, and the blood, the red wine, the forces of nature tamed by man. But most of all the dark winter. A surprising number of analogies between the Shakespearian masterpiece and the variety of masks found in Sardinia. The Sardinian language does not limit its fruition, but instead turns into song that which in Italian would be at risk of degrading into literature. An empty stage space, crossed by the bodies of the actors who draw locations and evoke presences. Stones, dirt, iron, blood, warrior stances, residues of ancient civilizations from the Nuraghe of Sardinia. Matter which doesn’t convey meaning, but primordial forces which act upon those who receive them. 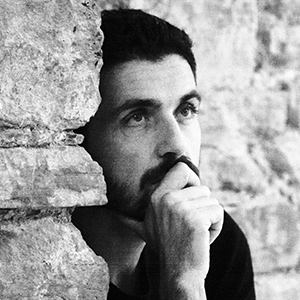 Director, author, scenographer, light designer. In 1999 he establishes the Teatropersona Company, with which he stages his own works presented in many European countries, as well as in Asia, South America, Russia and the United Kingdom. He has received numerous awards and accolades, for example Best Director (MESS Festival – Sarajevo) and Best Scenographer (Maschere Awards).

For more than twenty years he has been photographing the images of reality, because ‘with light you can compose, communicate, transmit emotions…’

He started to study Anthropology, but when he saw Leo De Bernardinis, so ‘if that was theatre then I have to do theatre…’

From Anthropology he swapped to Teatro Ateneo where he realized that he acknowledges three masters whom deeply influenced his work: Grotowski, Kantor and Peter Brook.

First, he created two works for children, The Prince Midnight and The Great Journey. And finally, he met the people as audience… He confesses: ‘I dedicated a performance to my mother – H+G… I dedicated a performance to my father, MACBETTU… An acquirement of awareness about my origins but at the same time about the very origins of theatre… Something ancient and forgotten, that still keeps on acting. Theatre is a practice which feeds this connection to the source. He has won numerous awards, including the prestigious UBU Best Performance of the Year award for Macbettu, produced by Sardegna Teatro in 2017.