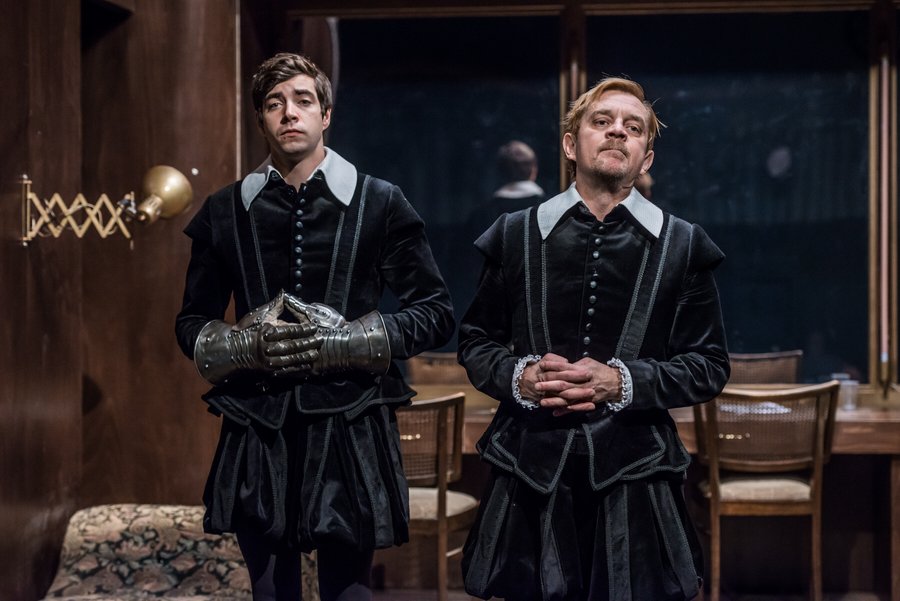 Performed in Czech, with Hungarian subtitles.

Divadlo Na Zábradli (Theatre on the Balustrade) is a small theater with a long history in the Old Town of Prague. It opened its gates to the public in 1958. In 1962, Jan Grosmann became the director of the company, and soon the theater evolved into one of the most significant workshops in Czech theatrical life. Václav Havel’s early plays, The Garden Party and The Memorandum, were first performed here. Legendary productions came to life on the Divadlo Na Zábradli stage: a rewriting of Jarry’s Ubu Roi and a stage adaptation of Kafka’s The Trial. In 2014, a young group took over the directing of the theater, led by Petr Štědroň, Jan Mikulášek, and Dora Viceníková.  They avoid classic plays. Instead, they regularly work with texts originally not written for the stage, creating performances from diaries, correspondences, and epic fiction.

An original production by the creative team Mikulášek - Viceníková on the subject of the lives of actors, performing, and pretending. The topic is the theater itself. How many personalities can actors depict, and how kinds of consequences will they have to face? Is acting really a dream profession? Is the director always right? What is not allowed on stage? Why shouldn’t children and pets play in the theater? These and many other notes from the backstage world of the theater.