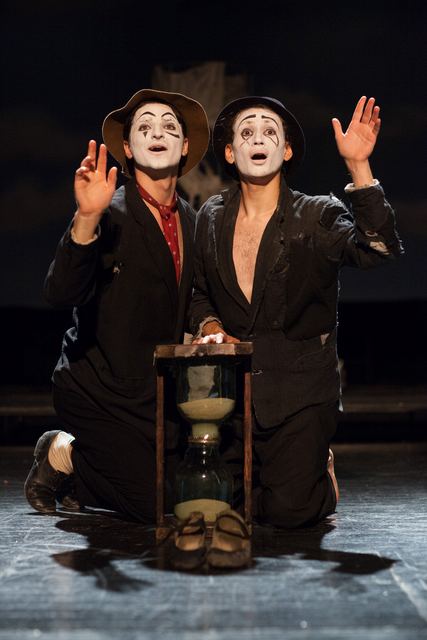 Three decades ago, the Eugene Ionesco Theatre garnered its first successes with a production of Samuel Beckett’s “Waiting for Godot” – performing at the Avignon Festival in 1994, then touring with it in France, Spain and Japan. In the autumn of 2013, Petru Vutcărău, the theatre’s manager, directed young members of the acting company in a performance built upon improvisations in the spirit of the legendary Beckett performance. Godot Improvisations is a production in which the infinite is tantamount to waiting and vice versa. It is a performance about hope. Why improvisations? Because five spirited and enthusiastic young actors, guided by director Petru Vutcărău, created a spectacle built upon improvisations – improvisations on the theme of waiting.