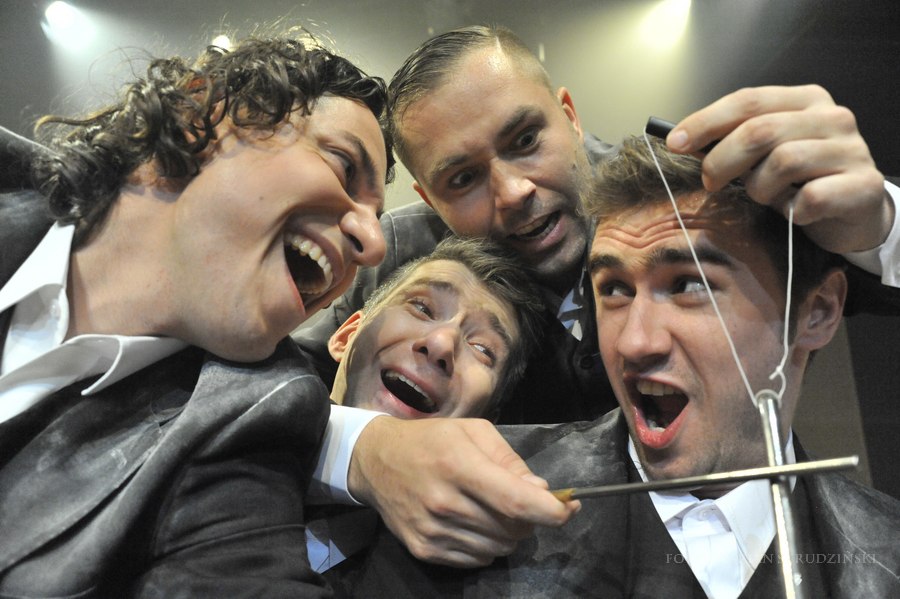 Waldemar Śmigasiewicz, the director and scriptwriter of the play, based his vision of the drama on the following idea: Witold Gombrowicz and Bruno Schulz were close to each other simply by virtue of the fact that they were contemporaries. Furthermore, they shared affinities of thought with regards to their attitudes towards existence. However, they were distant from each other from the perspective of the contexts of their work as writers.

When they make their childhoods the themes of their works, they each do so in a very different, even contradictory manner. In the case of Schultz, childhood represents an escape towards an idealized genesis, which provides a guaranteed refuge from the changes of the times in which he lives as a poet. In the case of Gombrowicz, he seems to be striving to rid himself of “powerlessness, impotence, and immaturity,” while he is awakening with considerable distress to the fact that he cannot flee from himself. He will always remain a boorish youngster ceaselessly in search of his lost personality. The Polish theater company has brought these two worlds, which seem to be both merging and colliding, together in an exciting, engaging production. 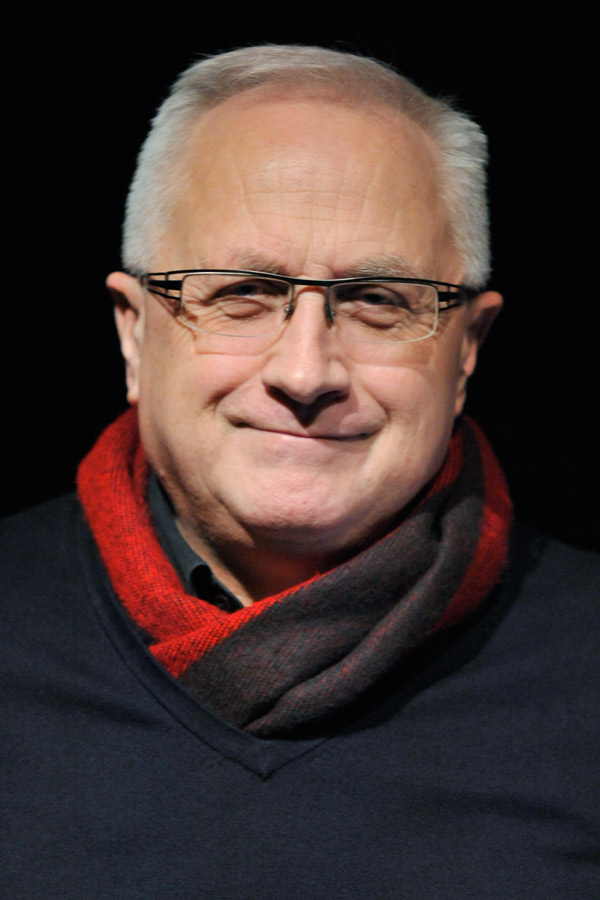 Waldemar Śmigasiewicz – director and pedagogue. The Professor of Warsaw Theatre Academy, who has been affiliated with various theatres, among others with Powszechny, Ateneum, Polonia, Och – Theatre in Warsaw, Old, Bagatela, Słowacki, STU in Cracow, the Municipal Theatre in Gdynia, Powszechny in Radom, and National Theatre in Skopje.

As an expert in Gombrowicz, he has staged a few times: Ferdydurke, among others in Powszechny Theatre in Łódź (Best Director Award during 27th Opole Theatre Confrontations and the Golden Mask – Critics’ Award), in the Academy of Dramatic Arts in Krakow (Grand Prix during the European Theatre Schools Festival in Lyon in 1987); Yvonne, Princess of Burgundy; Cosmos, among others in Bagatela Theatre in Cracow (Best Director Award during 24th Opole Theatre Confrontations in 1999); The Marriage, Pornography; Hulajgęba based on Gombrowicz prose (Grand Prix during the International Theatre Discoveries of Europe in Saint Petersburg in 2004); Trans-Atlantyk or Operetta.

Apart from Gombrowicz’s plays, his achievements include also Mrożek’s plays, among others Tango in the Academy of Dramatic Arts in Krakow (award during the festival in Millwaukee, the USA in 1990), Ubu the King by Alfred Jarry (Grand Prix during the 5th Toruń Festival of Dolls’ Theatres).

He has also interpreted the texts of Pirandello, Kafka, Pinter, Kolada, Dostojewski, Czechov. He has worked for the Television Theatre as well, where he realized, among others, the opera of K. Penderecki - The Bravest Knight, Diaboliada by M. Bułhakov, Death by W. Allen and Madame Molier by J. Anouilha.