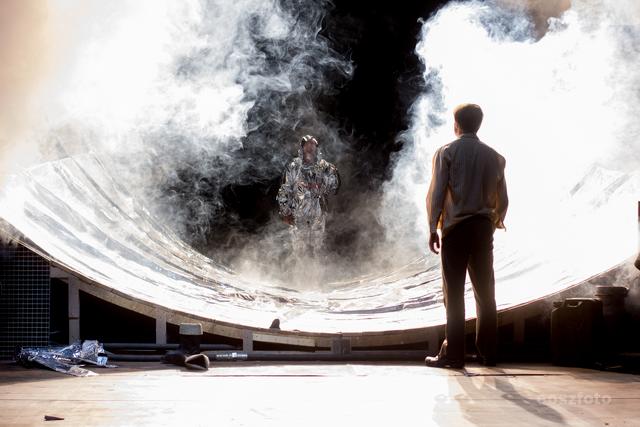 Attila Vidnyánszky evoked a strange vision in his new production. The main motive behind this vision is the perpetual human wish to fly, which has been realized through extended historical epochs in a colourful wide-screen tableaux. One of the threads of this story is the heroic struggle, during a certain period of history in the Soviet Union, between engineers whose aim was to triumph in their rivalry with one another in the field of cosmic research.
Stalin was far from indifferent to the question of whether the first rocket to leave the earth would brandish the American flag or the red star, hammer and sickle. Tsiolkovsky, founder and theorist of cosmic research and the modern rocket technique, aimed to be first, as did Koroljov and Glushko, two engineers who had worked on rocket projects and were imprisoned in the Gulag. This fight had its heroes and victims – Gagarin, Titov and Nelyubov.
The sky exists not simply as the visible firmament above us, but also as a synonym for the heavens, where a path leads to Redemption. Two-thousand years ago – far earlier than the launch of any space travel programme – a star descended from the heavens predicting the Advent of Christ. The Three Magi followed it for the Adoration. In Slavic mythology, the fourth person to follow the star is known as a "small king" (carevich), and he could not believe, when he started his journey, how many decades he would wander before finding his way to Christ, his personal Saviour. In the meantime, he did not do anything in particular, but merely tried to live honestly in the hope that he would be worthy of the Meeting that would become true at the Cross. 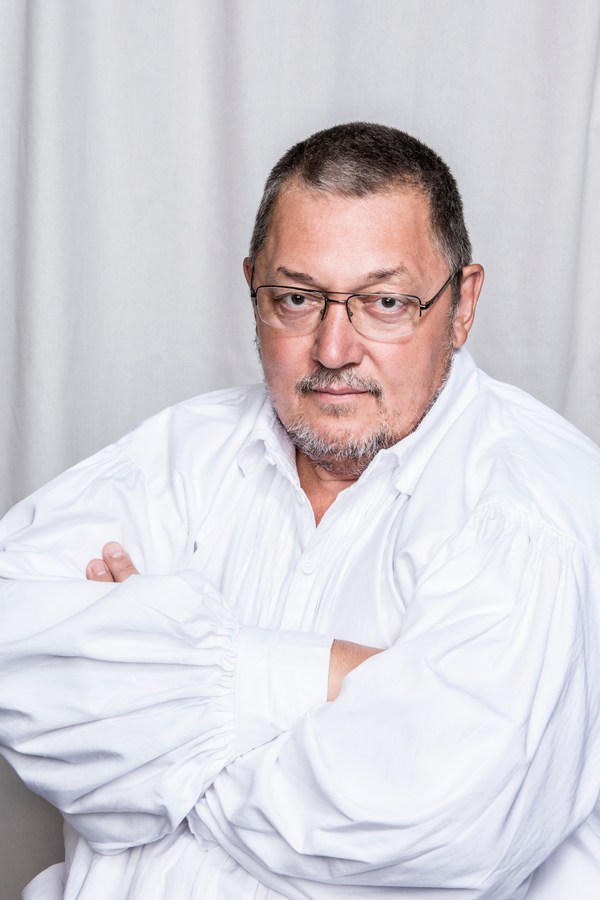 In 1993, he founded his own company, the Gyula Illyés Hungarian National Theatre in Berehove, of which he is still the Principal Director.

He has also directed at the National Academic Theatre in Kyiv (Leszya Ukrayinka Theatre), the Alexandrinsky Theatre in St Petersburg) and the Hungarian State Opera House.

His performances have toured Europe from Stockholm to Moscow and Tbilisi, from Strasbourg to Nancy and Kyiv.

His films include Liberté 56, The Boy Who Turned into a Deer.

He has been a member of the Hungarian Academy of Arts since 2005. In 2008, he co-founded the Hungarian Theatre Society and has been its President since. Between 2010 and 2013, he also served as Chairman of the Theatre Arts Committee under the Minister of Human Resources. Since 2020, he has been Chairman of the Board of the foundation operating the University of Theatre and Film in Budapest.