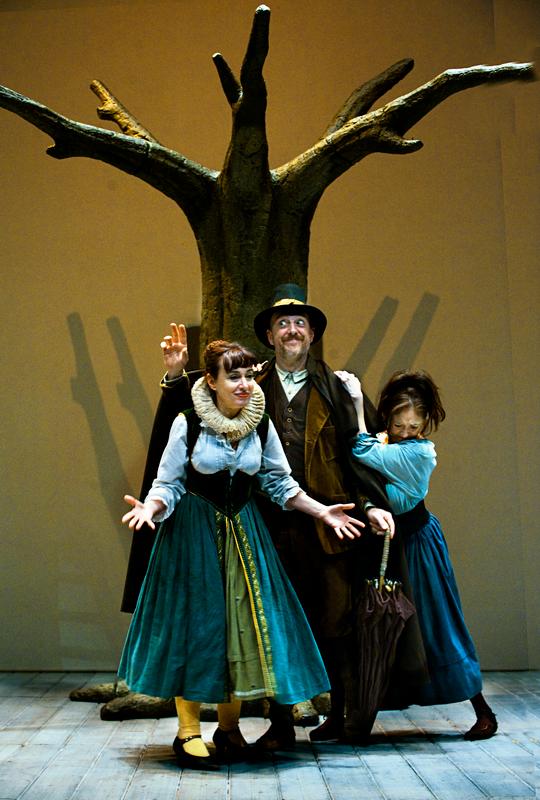 "A rediscovery of life and theatre"

'Entremeses' was one of the first shows produced by La Abadía and is strongly engrained on the public's memory. This work was the result of a long process of training and research by a series of young actors, many of whom are still linked to La Abadía and all of whom are in great demand within the realms of private and public theatre, cinema and television.

In order to mark its Twentieth Anniversary, La Abadía has rediscovered 'Entremeses' -‘La cueva de Salamanca (The Cave of Salamanca)', ‘El viejo celoso (The Jealous Old Man) and ‘El retablo de las maravillas (The Tableau of Marvels)' - performed by a group of actors that includes several members of the original cast. Featuring the stage design of the recently deceased painter, José Hernández, the lighting of Juan Gómez Cornejo, the music of Luis Delgado and the direction of José Luis Gómez, Cervantes' popular appeal and linguistic power will once again come to life in these three well-known comical tales set in a rural environment. 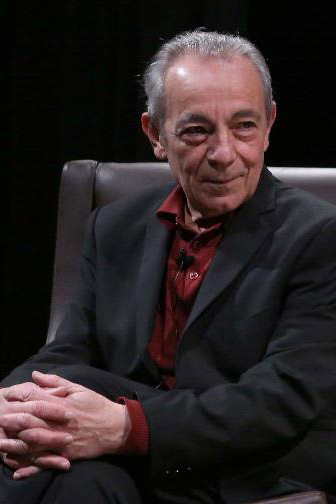 José Luis Gómez, whose career has been rewarded with numerous distinctions -The Spanish National Theatre Prize, Doctor Honoris Causa at the Complutense University and Member of the Spanish Royal Academy-, is the founding director of La Abadía. As an actor and stage director he received his professional training in Germany (The Institute of Dramatic Art of Westphalia, Bochum) and subsequently in Paris (under Jacques Lecoq), Wroclaw (with Jerzy Grotowski) and New York (under Lee Strasberg). He was the Director of the Spanish National Drama Centre and the Teatro Español and created numerous productions on his own, until he founded the Teatro de La Abadía in 1995. In recent years he has worked as a stage director in Grooming by Paco Bezerra, La paz perpetua by Juan Mayorga, and in the opera Simon Boccanegra by Verdi. As a theatre actor, he has starred in The Little Prince by Saint-Exupéry (directed by Roberto Ciulli), Endgame by Samuel Beckett, Play Strindberg by Dürrenmatt, A Report to an Academy by Kafka, and the stage recital Diario de un poeta recién casado by Juan Ramón Jiménez, both of which he directed himself. As a cinema actor, his recent work includes appearances in Goya's Ghosts by Milos Forman, and Los abrazos rotos and La piel que habito by Pedro Almodóvar.