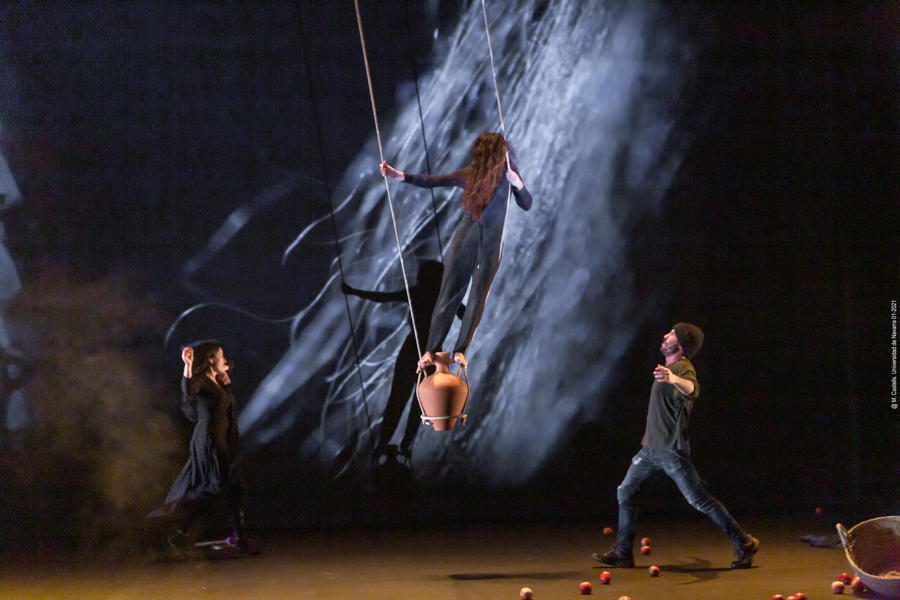 Performed in Spanish with Hungarian subtitles.

The implementation of projections and actors, possesses an infinite game of mirrors and parallel realities, superimposed in various dimensions: actors who speak with images from other times, inert beings who leave the gaps of their absence in the photographs when they leave, photos that speak between each other, living beings with other living beings interacting with one another... all this accompanied with quiet and mystical music, with a sound backed up with verses and notes that lift the spectator into a spiritual flight...” says the director Ignacio García, a leading figure in contemporary Spanish theatre and director of the Almagro International Classical Theatre Festival.

Ignacio García has been invited by the performing arts direction of Museum University of Navarre to participate in its creative residencies program, wich is hosted by the Museum from its opening in 2015.

Within this collaborative program, artists are invited to the Museum to seek inspiration in its architectural space, its collections and exhibitions, other projects happening at that certain moment or in some artistic idea shared by invited artists and the Museum team. Also they are invited to get involved with the university community, students and researchers. All of this inspiration is collected and transformed to develop a new artistic work. 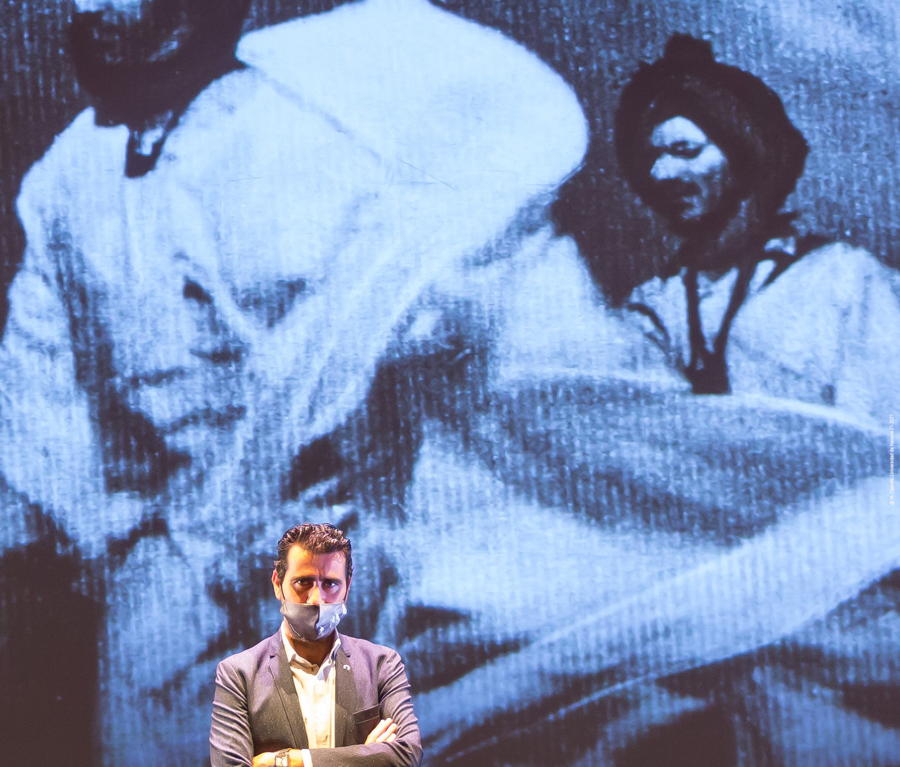 Ignacio García has a degree in stage direction from the Royal School of Dramatic Art of Madrid. He directs the Almagro International Classical Theater Festival, he has been Assistant to the Artistic Direction of the Spanish Theater of Madrid and is the programmer of the Dramafest Festival of Mexico of contemporary dramaturgy.

Since the beginning of his career he has worked in the dissemination and knowledge of the theater of the Golden Age in Spanish, with versions, performances and seminars on the subject all over the world (in Poland, India, Mexico, Spain, Portugal and the Ivory Coast).

In the lyrical field, he has staged more than 30 titles from the great universal repertoire (Monteverdi, Verdi, Puccini, Rossini, Paisiello, Massenet, Gounod, Stravinski, Donizetti, Mendelssohn, Schumann, etc.), and five premieres worldwide, also demonstrating a special sensitivity for the zarzuela and the Spanish repertoire of all ages. He has made more than thirty theater soundtracks.

He has directed at the Spanish Royal Theater, Zarzuela, Español, Albéniz and María Guerrero in Madrid, Arriaga and Euskalduna in Bilbao, Campoamor in Oviedo, Principal in Mahón, Pergolesi de Jesi, Opera de Lausanne, García Barbón and Auditorio de Vigo, Jovellanos in Gijón, Colón in Coruña, City of León Auditorium and in the festivals of Galicia, Mozart de A Coruña, Almagro, Niebla, Scandicci, Perelada, Aranjuez, London Flamenco, Guanajuato Festival, Venice Biennale, St. George´s Hall and the Liverpool Hall in Liverpool, the Schauspielhaus in Bremen, Opera Baltycka in Gdansk, Utrecht, Kursaal in San Sebastían, Teatro Principal in Mallorca, Teatro Verdi in Trieste, at the Herodes Ático Theater, MUAC in Mexico City, the Opera in Athens, the teater Wielky in Poznan and the Alexandrinsky Theater in Saint Petersburg, with an important international projection in their works.

He has taught at the School of Dramatic Art in Valladolid, the Accademia Della Belle Arti Santa Giulia in Brescia (Italy) and at the Bande a Part Film school in Barcelona.

Throughout his career he has won various awards such as the José Luis Alonso Prize for Young Directors from the Association of Stage Directors of Spain and the first stage creation competition organized by the Teatro Real de Madrid as Best Young Director. Her latest award has been the 2020 Best Direction Award granted by the Association of Stage Directors of Spain for his work in "Reinar después de morir".