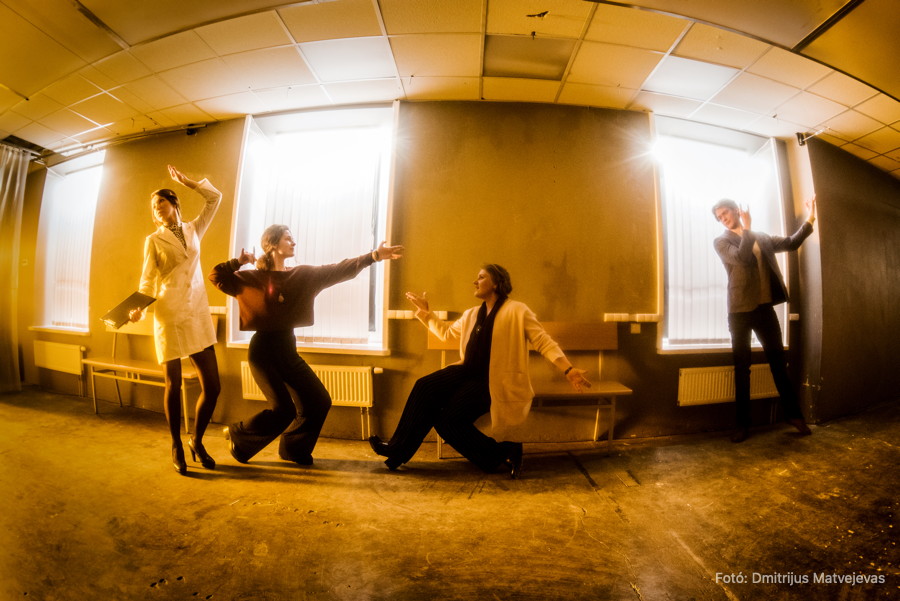 with English and Hungarian surtitles

“To me this play of Ivan Vyrypaev is simply full of a good sense of humour, – says the director Oskaras Koršunovas – it’s this existentialist comedy. A Buddhistic thingie, written, undoubtedly by a dramaturg, who had visited the state of Nirvana. As all Buddhistic thingies, it’s full of paradoxes, that if understood, make you fall on the floor laughing.”

”Delhi dance” – it’s a cycle of seven novels about a famous dancer and the people who surround her, everyone in the look for the inner peace. Seven stories about love, death, and dance. This is the first time O. Koršunovas is working with the play by I. Vyrypaev. The point of view of the dramaturg towards contemporary theatre is very similar to the laboratorial researcher of O. Koršunovas in his studio. According to the dramaturg, contemporary theatre doesn’t need fake pathos – all it needs is a live conversation. “We’re moving towards a new type of communication, – says the dramaturg, – I’d call it communication between energies and consciousnesses. The spectator comes to a theatre or to a cinema for a dialog, he needs a live feedback. I’m interested in live communication without pathos.” 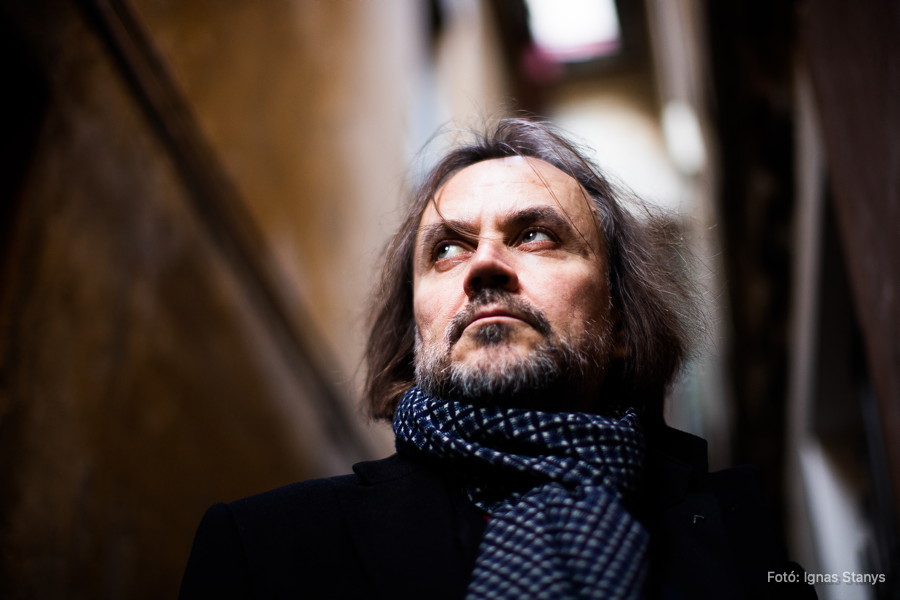 Oskaras Koršunovas was born on March 6, 1969, in Vilnius. In 1993 he graduated from the Vilnius Music Academy (the course of Jonas Vaitkus) with a Master’s degree in Theatre Directing. While still a student Koršunovas presented the trilogy “There to be here,” “The Old Woman,” and “Hello Sonya New Year” based on the work of the twentieth century Russian avant-garde writers Daniil Kharms and Alexander Vvedensky. Already at that time the young director stood out for his unusual theatrical language. Although the first performances, including “P.S. FILE OK” by Sigitas Parulskis and “Roberto Zucco” by Bernard-Marie Koltès, were created under the aegis of the Lithuanian State Academic Drama Theatre (now called Lithuanian National Drama Theatre), they were often referred to as a separate body, a theatre within a theatre. Contemporary theatre critics, titling their articles simply: “Oskaras Koršunovas Theatre?” envisaged the inevitable emergence of a new theatre.

In 1998, the director, together with a few like-minded fellows, founded an independent theatre, called Oskaras Koršunovas Theatre, shortened to just OKT. Koršunovas, assisted by guest directors, has built a solid repertoire, which encompasses both contemporary drama and classic stagings. The director’s credo to stage classics as contemporary plays, recognizing what is relevant to the present time, and contemporary plays – as the classics, conveying what is universal and timeless, became paradigmatic in that creative period. In the director’s opinion, contemporary theatre must reflect the present day and sometimes even be ahead of the time, predict the future and act as a warning. “Shopping and Fucking” by Mark Ravenhill, “A Midsummer Night’s Dream” and “The Most Excellent and Lamentable Tragedy of Romeo and Juliet” by William Shakespeare, “Fireface” by Marius von Mayenburg, “Master and Margarita” by Mikhail Bulgakov, “Oedipus the King” by Sophocles, “Playing the Victim” the Presnyakov Brothers, and other performances, which became cornerstones of the theatre’s repertoire and its foreign tours, were staged adhering to the above-mentioned principles and credo.

William Shakespeare’s “Hamlet” presented in 2008 and the play’s work-in-progress marked the beginning of a new phase in Oskaras Koršunovas’ biography. The director discovered a new work space – the OKT studio, and turned in the direction of laboratory explorations. During the work on “Hamlet” the director and the actors were more concerned with the creative process itself than the play. “The Lower Depths” by Maxim Gorky – an absolute example of theatrical laboratory, which was created in the unusual space of the OKT studio, still continues to be shown there. “Miranda” based on Shakespeare’s play “The Tempest” and his other works, was also born in the OKT studio and was relocated to a larger space only before its premiere. “Cleansed” after Sarah Kane, “Wedding” after Bertold Brecht, “Delhi Dance” after Ivan Vyrypaev, “Madman” after Nikolai Gogol - the latest productions of Oskaras Koršunovas, staged in OKT Studio with the youngest generation of OKT actors.

The main prize of the Edinburgh Festival awarded in 1990 to a student of theatre directing was a symbolic beginning, which has paved the way to most prominent international awards. The most prestigious of them – the Europe Theatre Prize for New Realities – was awarded to Koršunovas in 2006. In 2009, Oskaras Koršunovas was given the honourable title of the Chevalier of the French order of Literature and Arts, and the next year he was awarded with the main prize of the Annual Meyerhold Assembly. The awards ceremony of almost every international festival involving the OKT theatre does not go without the mention of the name of Oskaras Koršunovas.

The tours in international festivals, performances and projects in foreign theatres encompass the United States, South Korea, Australia, Argentina, and the territory in between. Each year, the OKT theatre appears on more than ten different stages in different parts of the world. Hence, the motto of the director and his theatre: only being “there” can we stay “here.”