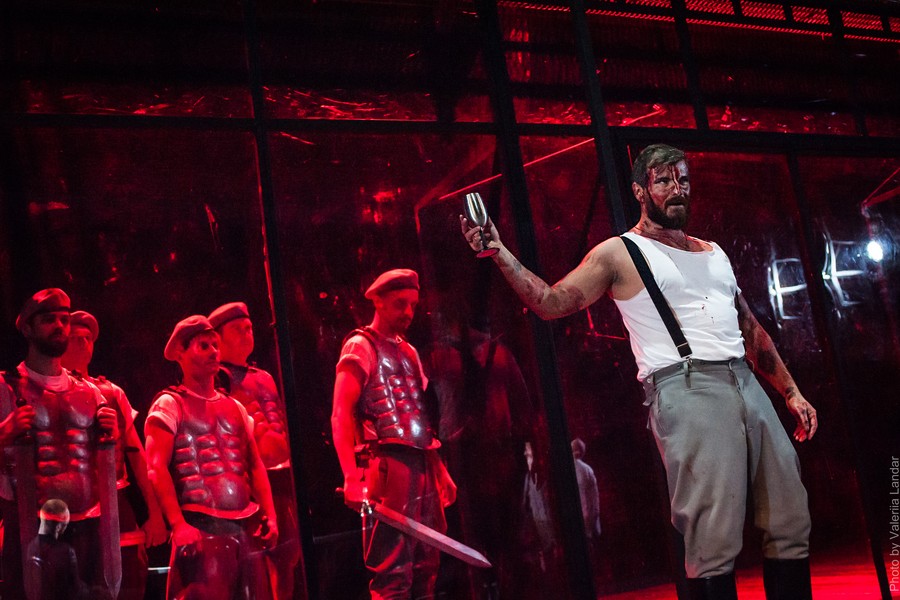 In Ukrainian with English and Hungarian subtitles

The tragedy "Coriolanus" is a story of the rise and fall of the legendary Roman warlord.  W. Shakespeare took the plot basis for his play from the story of the Greek writer Plutarch. There is also an acute political drama in this play, a drama of family relations, and an internal tragedy of one person.

Its hero Caius Marcius, who became famous because of his exploits in the war with the enemies of the Romans - Volsces. After conquering the Volscian city of Corioli he received the byname Coriolanus for military victories.

After returning home with victory, the valiant warrior goes to "big" policy – to the consuls of the Roman Republic. But in political battles, the invincible and enduring hero, accustomed to winning the enemies in an open battle, became vulnerable in his strength: the straightforward, frank and uncompromising Coriolanus is not capable of deception and tricks. Due to political manipulations, instead of honor and recognition, a brave warrior is proclaimed an enemy of the people and receives a verdict from the Romans - life-long exile.

An angry Coriolanus leaves the city. In the desire to take revenge, he is united with his former enemies – Volsces and leads their army to Rome. But on the eve of a decisive assault, Coriolanus, moved by the supplications of the mother, refuses to permanently destroy Rome and pays for this choice of his own life. "... The mother plays a big role in the tragedy, “this is the most beautiful and most accomplished figure of the mother, which Shakespeare ever created”. Shakespeare used the figure of his own mother for this figure. This figure could fully recover in his memory just when his mother died, and this happened on September 9, 1608. Shakespeare, without a doubt, was at her funeral and then still had a couple of Sundays in Stratford. From this we deduce that at the same time, under the impression of mother`s death, "Coriolanus" was written ... " (Ivan Franko, “W. Shakespeare. Coriolanus, translation by P. Kulish, Lviv, 1990”). 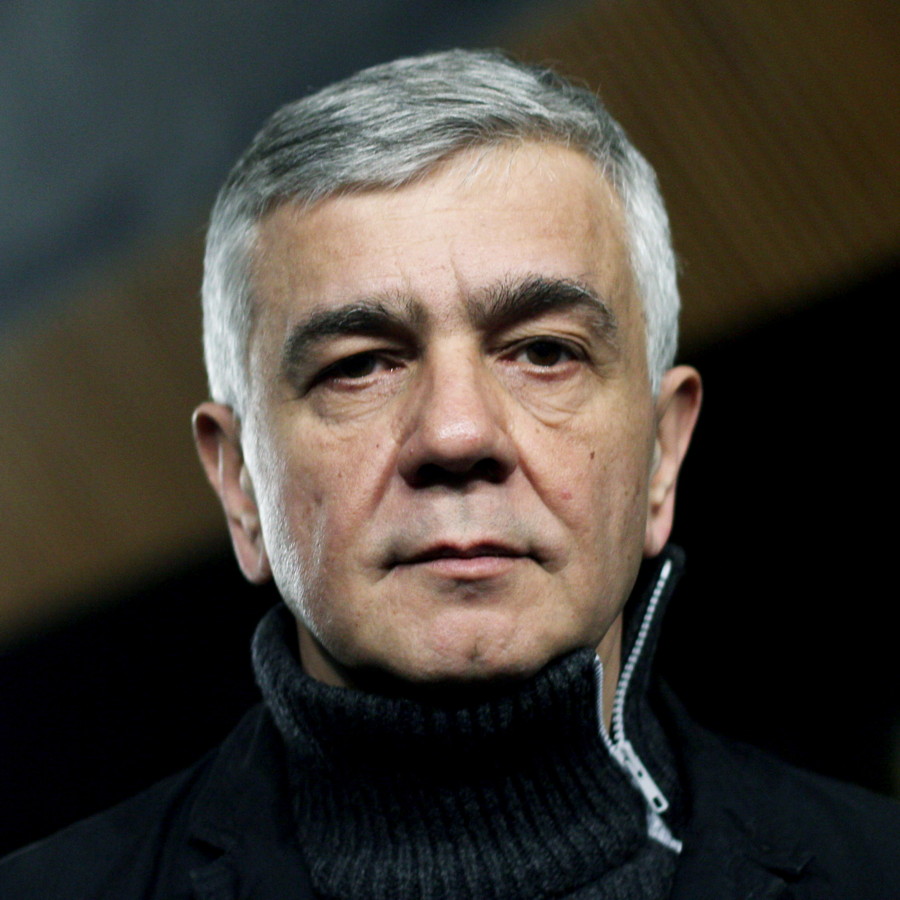 Dmytro Bogomazov (58) is one the most celebrated Ukrainian theatre directors and teachers. In 1995 he graduated National Theatre and Film University as a director. In 1993 started working on a professional stage at Kyiv Academic Drama and Comedy Theatre. In 2001 he founded Vilna Scena (Free Stage) theatre company and until 2011 worked as its artistic director. He is the founder of international Theatre Platform festival (2002-2004). Since 2017 he is a chief director of Ivan Franko National Theatre. His productions have been presented at numerous international theatre festivals in Ukraine, France, Poland, Russia, Belarus, Bulgaria, Georgia, Turkey, Sweden, Norway, Israel, China. In 2019 his production of William Shakespeare’s Coriolanus which was performed at MITEM 2019 received the Theatre Academy Award for best performance in China. He received numerous theatre awards in Ukraine, including the Shevchenko National Prize, the highest artistic award of Ukraine.