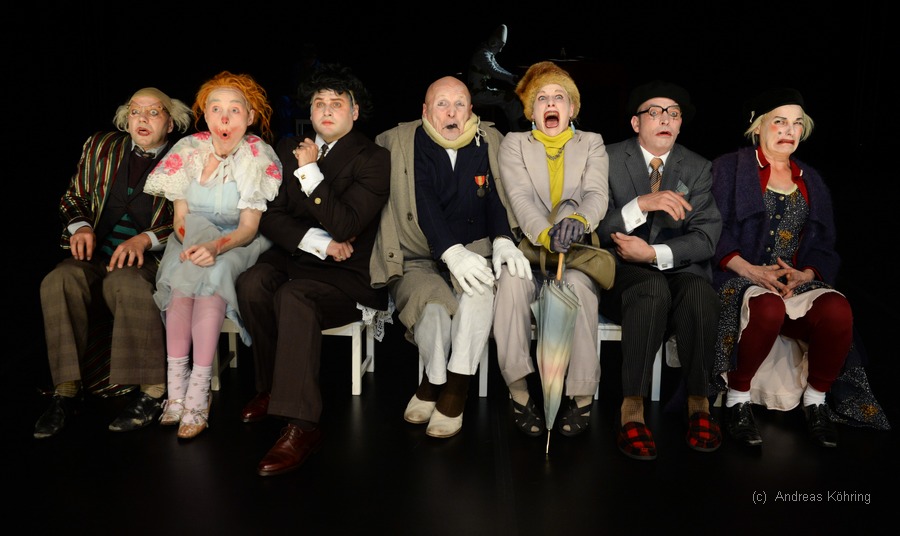 Performed in German without subtitle.

While old age was once associated with dignity, experience and sometimes even wisdom, the demographic change in Western societies has affected our view of the later years of life. Now, age is more often seen as a flaw, a kind of deformation, that is especially characterized by weakness and physical as well as mental limitations.

But what if we shift our perspective to discover something different beyond the established patterns? If we look at the world through the eyes of a clown, for instance, our view on aging changes, too.

Often, the places where people tend to spend the last years of their lives are subject to the same rules that applied in school, especially boarding school – the important thing is for residents to follow the system of order so that the chaos presumably hiding around every corner can be kept at bay. Schedules are set in stone: people eat, sleep, and do gymnastics at the same time every day, and visitors are received on certain days – regardless of whether you feel like eating, sleeping, or welcoming visitors.

This creates the contradictions that are uncovered by a clown’s gaze. Visitors are a nuisance to the person they are visiting, who sits like a helpless red clown opposite this patronizing white clown who thinks he has cornered the market on reason. Subjected to the organizing dictates of the holding institution, individuals develop an anarchic sense of stubbornness that can also provoke comedy in everyday situations.

Roberto Ciulli, one of the few European theater producers who can be considered an expert in the modern but forgotten art of clowning, works with the ensemble at Theater an der Ruhr to take a freeing, tragicomic and highly musical look at the darkness of “decline”: an explosive clownery on aging.

Three years ago, “Clowns 2 ½” emerged from Roberto Ciulli’s scenic imagination and Matthias Flake’s musical concept – a look at the problems of aging that took a humorous, not annoyed, view of this reality through the eyes of a clown. Since that time, the state of our global society has changed dramatically; the world seems to have been turned upside down, with the influx of refugees and the fear of a certain form of Islam, of attacks. How do the aged clowns respond to this changed situation? 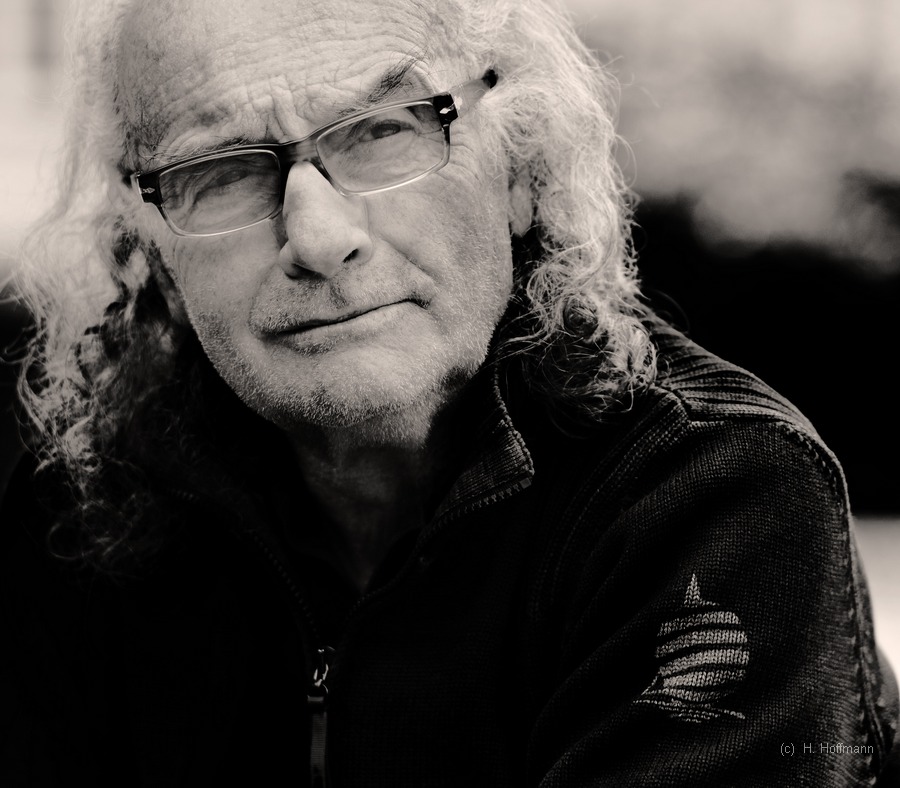 Roberto Ciulli, born in Milan in 1934, studied philosophy and wrote his doctoral dissertation about Hegel. In 1960, he founded Il Globo, a tent theater on the outskirts of Milan, and headed the theater until 1962.

As a theater director, he has worked in Göttingen, Cologne, Berlin, Munich, Hamburg, Düsseldorf, Madrid, Istanbul and Tehran, among other places. After a stint as director at Schauspiel Köln from 1972-1979, he founded Theater an der Ruhr in Mülheim together with dramatic advisor Helmut Schäfer and set designer Gralf-Edzard Habben in 1980.

Ever since its founding, Theater an der Ruhr has been committed to doing international cultural work. It seeks out and promotes multicultural encounters, regularly gives guest performances abroad, and brings international troupes to Mülheim.

For the cosmopolitan Ciulli, theater is in and of itself political – a place for dialogue and an instrument to change the world. The local vision of a national or city theater always seemed too limited for this global thinker.

Ciulli has been awarded numerous prizes for his political and intercultural engagement, including the Polish Order of Culture (1990), the Federal Cross of Merit (1990), the Special Prize for Theatre Arts and Outstanding Cultural Understanding in Tehran (1999), the Hiroshima Foundation Prize in Stockholm (2002) and the NRW State Prize (2013).