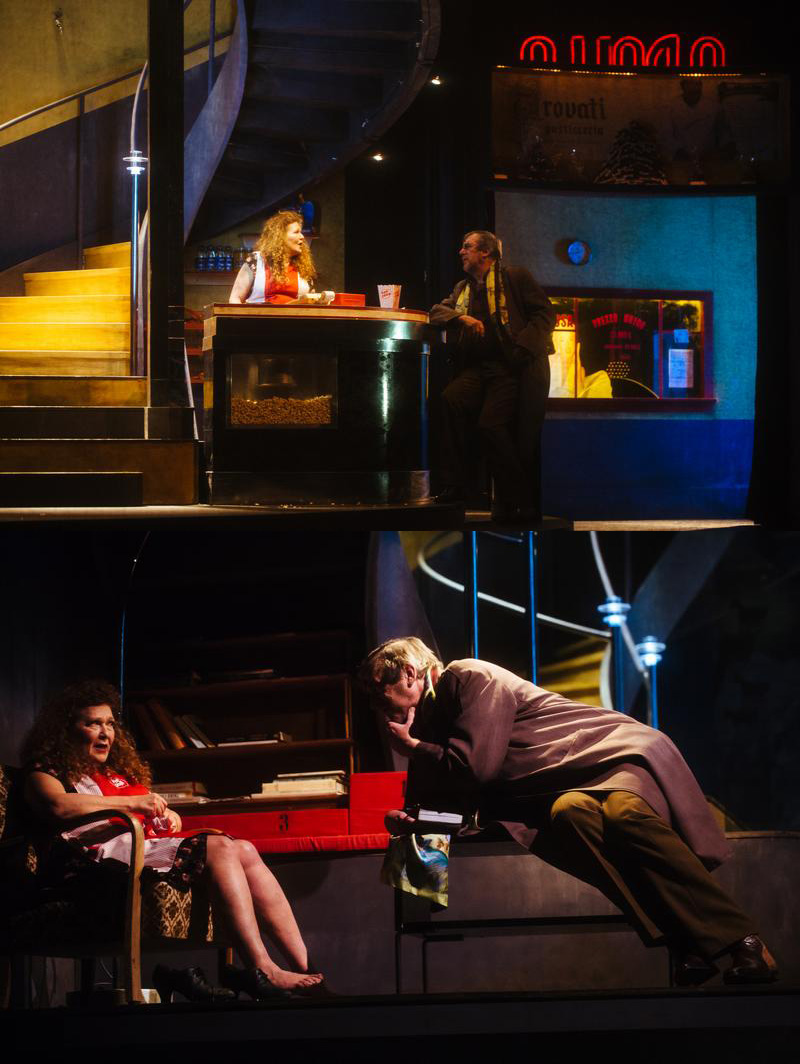 500 kilometres northward of Rimini. Not long before the second millennium. In a cinema, Hans Reinghold’s old film, ‘Odysseus returns” is shown. A classic but long forgotten film. In the foyer a woman who sells popcorn is sitting behind her counter, waiting. This is the last screening. While she is waiting for the film to end, she starts packing. A man, slightly dizzy, maybe drunk, comes out after the title and orders a beer – a request the woman cannot grant having no right to sell – and settles in the foyer. He is waiting for the forty-seventh minute of the film to see Odysseus parting with his beloved – again. 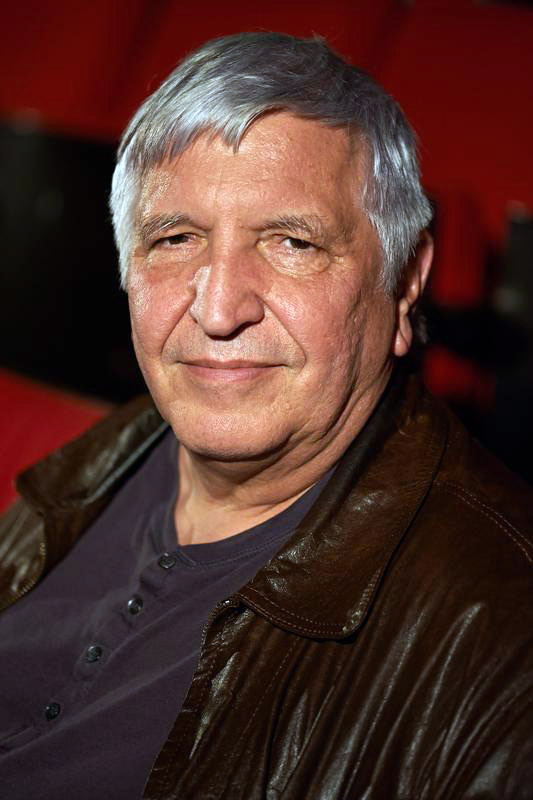 Matthias Langhoff is one the greatest European directors of out time. He started his career in the theatre as a light designer; this might be the reason behind his extraordinary sense of place and taste for scenery. The way he creates his dramatic space and strenghtens its character through sound, movement, noises, music and props, and his humorous interaction with his audience are all living proofs of Langhoff’s theatre being on the verges of sendibility and playfulness. Langhoff was born in 1941 in Zurich, where his father found a new home after fleeing from nazi Germany. He grew up in Berlin, where his fatherhad was appointed general director of the Deutsches Theater. Langhoff started his career in directing in 1963 with Brect and Müller’s pieces. In 1989 he direted Müller’s The Mission and Scnitzler’s The Green Cockatoo with great success. He staged these productions in the Vidy-Lausanne Theatre as well, after beginning his works as general director. He was director of the Berliner Ensemble between 1992 and 1993. From 1993 he has directed in various theatres all over Europe.