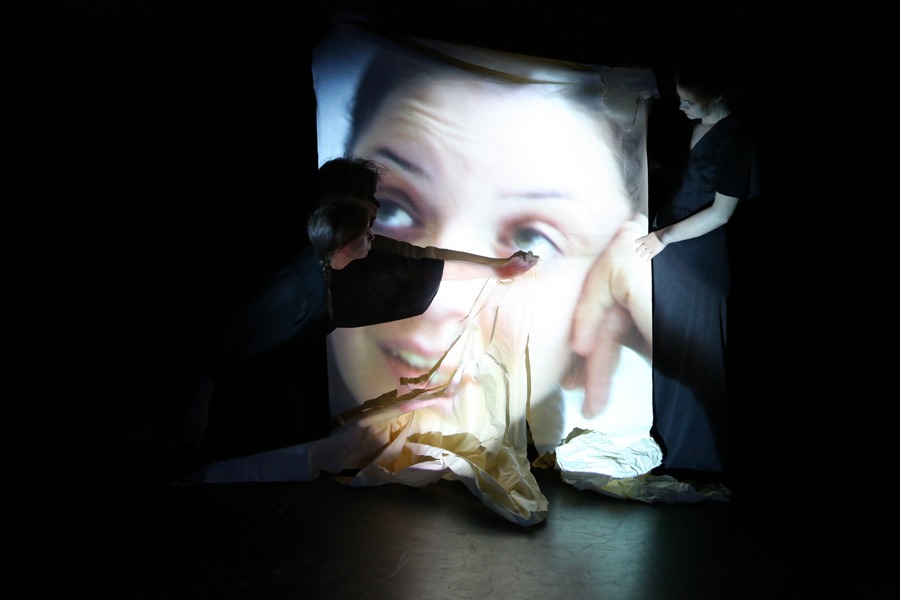 On December 17th 2010 a young Tunisian street vendor called Mohamed Bouazizi set fire to himself in protest against the regime. What followed was an extraordinary year of uprisings which broke out pretty much all over the Middle East, a wave of protest which was soon rather over-optimistically dubbed the “Arab Spring”. Almost every country in the region had its version of this Arab Spring These (r)evolutions – which, sadly, rarely brought solace – have been given widespread coverage by the media in recent years.
What effect have all these images on other theatre directors and performers who live here in Belgium but have their roots in Morocco, Tunisia, Iraq, Syria, etc.  How does it feel?  How as an expat do you process all the information that comes to you from family and friends who stayed behind? What does that information do to your body? How does the body react to violence and fear?
Together with three performers, Mokhallad Rasem looks for an answer to these questions through dance. Body Revolution is a guerrilla version of a show: made and performed in a short space of time for a limited public.
As well as touring Belgian schools, social organizations and refugee centres, the production has been staged in Uganda, Morocco, India, the United Kingdom, Spain, Egypt, Belgrade and the Netherlands.

How does an Arab theatre director view the world situation? What does ‘waiting’ mean? Toneelhuis theatre-maker Mokhallad Rasem takes a modern-day look at Beckett’s Waiting for Godot and creates a 25-minute show.
Does your background play a role in what waiting means for you? Does waiting mean the same the world over? Does who or what you are waiting for make a difference? Under what circumstances do you wait? There are numerous forms of waiting: waiting for papers, waiting for insight, waiting for the pain to pass, waiting for a letter, waiting for the return of the one you love, waiting for death, for God, for better times.… Waiting: a play in word and image.
In addition to making an extensive tour through Belgian schools, social organizations and refugee centres, the production has been presented in Uganda, Morocco, India, the United Kingdom, Spain, Egypt, Belgrade and the Netherlands.

The two performances are played without intermission