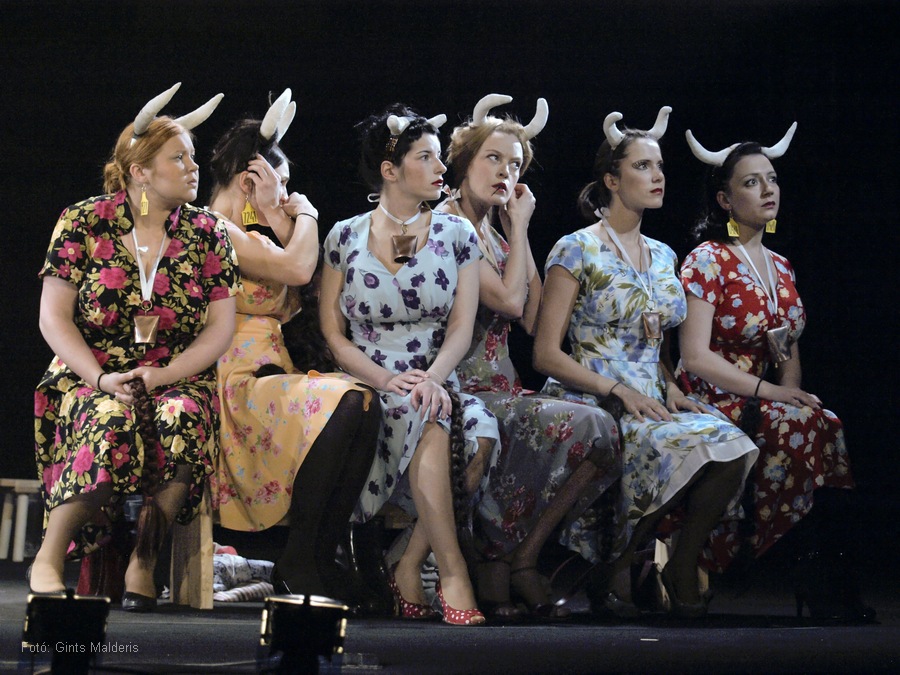 Performed in Latvian, with simultaneous interpretation in Hungarian

The New Riga Theatre was founded in 1992, and for the past twenty years it has been led by artistic director Alvis Hermanis, recently named one of the ten most influential European theatre personalities of the last decade by DU, a Swiss magazine on the arts and culture. He currently works with major European theatre companies and has received almost innumerable accolades. With the performance of Black Milk, Hermanis aims to find the archetype of Latvian identity. “The world created by Alvis Hermanis is rich and multifarious. One can find the confrontation of masculine and feminine radix and the complexity of relation between a director and his actors there,” claims critic Valda Čakare. The actors from Riga spent two years collecting stories from different regions of Latvia to create the foundations of the performance. In their experience, only when one is in the countryside is it clear that Latvians are different from other peoples. These differences disappear in the city. The core of country life is agricultural work, which in Latvia predominantly means animal husbandry. The moral here is simple: when the last Latvian grandmother hands over the last cow, the real Latvia becomes a piece of the past. And this is why cows are also important characters in this performance. 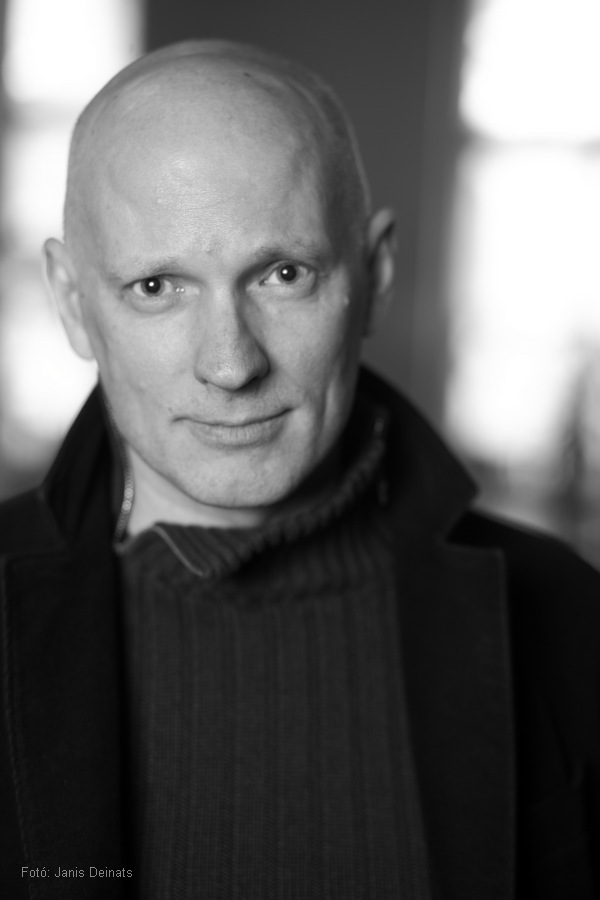 Born 1965 in Riga, Latvia, Alvis Hermanis was named among the ten most influential European theatre personalities of the last decade by DU Magazine Swiss periodical for arts and culture. Mr. Hermanis worked with major European theatre companies, including Burgtheater Vienna, Schaubühne Berlin, Münchner Kammerspiele, and Schauspielhaus Zürich; and in opera houses including Teatro alla Scala in Milan, Opéra National de Paris, Staatsoper im Schiller Theater in Berlin, Wiener Staatsoper, and La Monnaie Brussels. He has staged operas at the Salzburger Festspiele since 2012. His opera stagings include among others Il Trovatore featuring Placido Domingo and Anna Netrebko (2014) and Die Liebe der Danae (2016) at the Salzburger Festspiele, La Damnation de Faust featuring Jonas Kaufman with Opéra National de Paris in 2015, I due Foscari featuring Placido Domingo and Madama Butterfly with Teatro alla Scala in 2016, and Parsifal at the Wiener Staatsoper in 2017. Mr. Hermanis’s theatre productions have been presented at major theatre festivals ranging from Avignon to Edinburgh, and have toured to more than 40 countries. His many accolades include the Europe Prize New Theatre Realities, the Stanislavsky Award, two Golden Mask Awards (Moscow), Max Reinhardt Pen (Salzburger Festspiele), Nestroy Preis (Austria), and the Konrad Wolf Award (Germany). He has been artistic director of The New Riga Theatre since 1997.