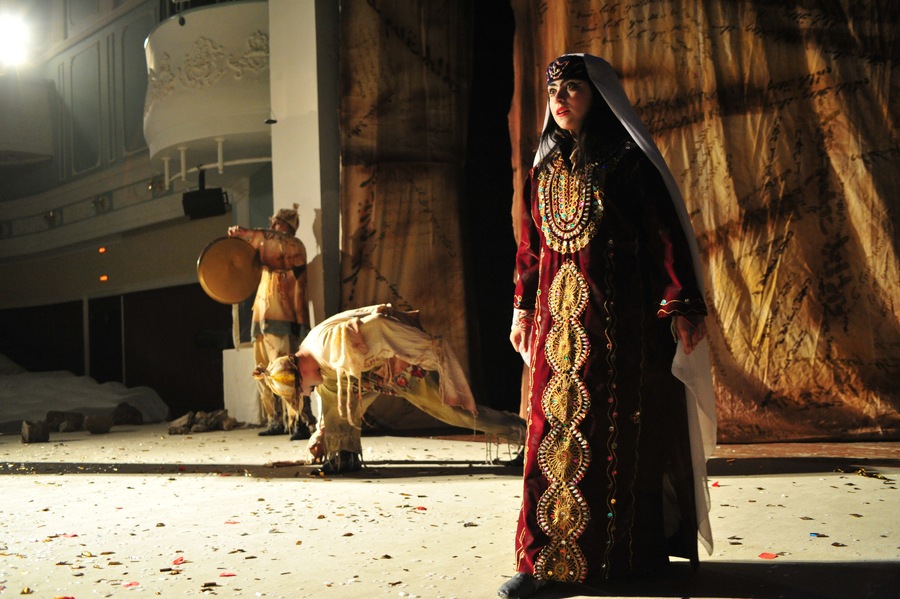 Performed in Tatar, with Hungarian subtitles

The Tatar Drama Theatre operating in the city of Almetyevsk is constantly experimenting, searching for new theatrical forms but also drawing on on its own folk traditions. Lermontov’s short story “Ashik Kerib” is a charming love story, a poetic, Oriental fairy-tale. In Turkish, ashik means both singer and lover, while kerib translates as a wandering, rambling poor man. Ashik Kerib, the poor poet, the eternal wanderer, has nothing but his beautiful voice. The only way he can win the hand of his sweetheart is by becoming wealthy. The poet and the girl promise to wait for each other for one thousand days, and then he sets off. The Tatar Theatre’s performance does not use complicated décor but focuses instead on immediacy, on dynamic interpretation, on an allegorical and symbolic mode of expression. The production uses archaic theatrical forms, made especially exciting by the beauty of the actors’ captivating performance, based on mimicking and gestures. The fates and emotional states of the protagonists are so suggestive that they break linguistic barriers. Since 2010, the production has been performed and has won recognition in several festivals in Russia. 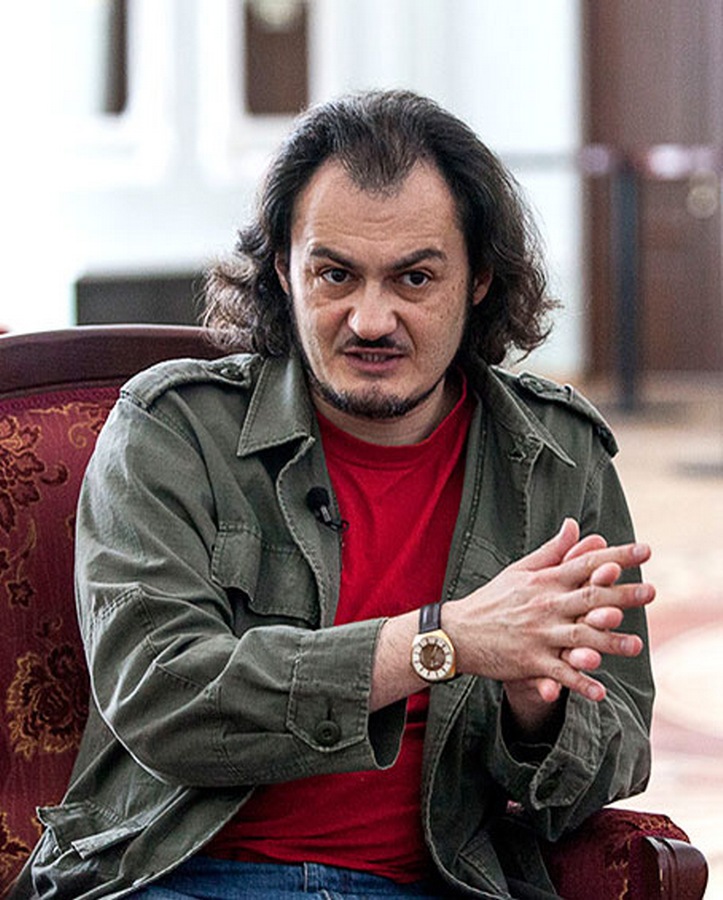 Iskander Sakajev was born in 1974 in Orenburg, Russia. In 1995, he graduated from the Ufa State College of Art, where he studied directing, and the Russian Institute of Cinematography in Moscow, where he studied film direction. He worked as a director and a film director at the Nur Ufa State Tatar Theatre, the Ufa Youth Theatre, the State Russian Drama Theatre Sterlitamak, and the Bashkir State Puppet Theatre. In 2003-2005, he took part in postgraduate director training at the Moscow Art Theatre and the Meyerhold Centre in Moscow. Under the guidance of Aleksey Levinski, he studied Meyerhold’s notion of biomechanics. From 2005 to 2009, he served as the director of the Alexandrinsky Theatre in Saint Petersburg. He has directed some 40 productions in Russia and the Federation of Independent States. At the moment, he teaches Meyerhold’s biomechanics as a pedagogue.