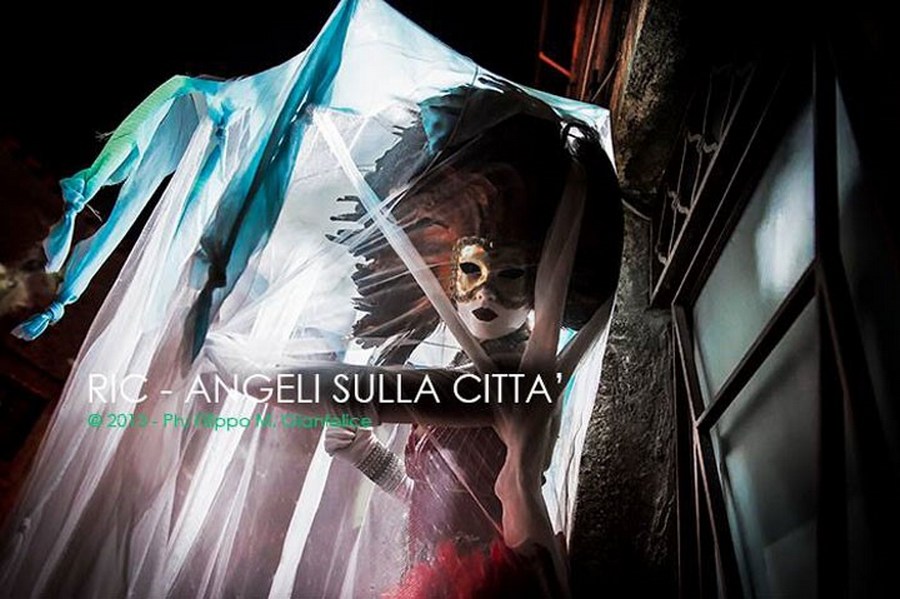 Teatro Potlach was founded in 1976 by Pino Di Buduo and Daniela Regnoli and takes its name from the anthropological studies of the founders. In the language of the indigenous peoples of North-Western America it refers to the free gift which gives honour and prestige to those who give it and those who receive it as well, in this way going beyond the laws of the market and of profit.

Angels over the city is a show that changes the heart of a town through an itinerary based on the features of that particular place. It’s a traveling show where the audience meets angels/artists coming from different artistic fields just to make people re-discover forgotten sensations, words, feelings and to evoque the beauty and the charm of the town.  A budapesti előadásba a Kaposvári Egyetem színésznövendékei is bekapcsolódnak.

Actors and artists (Angels over the city) will dance on the walls, tell stories and let spectators see something normally invisible to their eyes and senses. 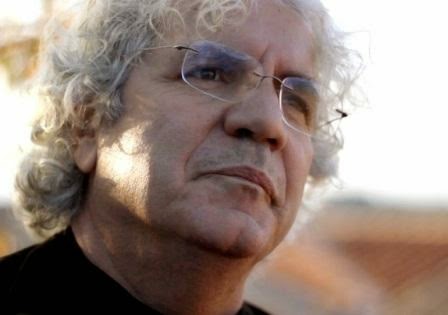 Pino Di Buduo was born in Rome. He studied philosophy at the University of Rome La Sapienza. For two years, he served as the assistant to the chairs of Cultural Anthropology and Popular Tradition. In 1975, he participated in an international workshop for actors in Denmark at the Odin Theatre, which was under the direction of Eugenio Barba. In 1976, he founded Teatro Potlach in Fara Sabina (Italy) with Daniela Regnoli, where he continues to work actively as artistic director. He is intensely active in performance production, special projects, and festivals.

He created the Project “Città Invisibili” (Invisible Cities), which is based on the theme of the city and memories of place. It remains active internationally to this day. It is an interdisciplinary and multimedia artistic project, and since 1991 more than 60 “Città Invisibili” have been made in different places all over the world (Italy, France, Austria, England, Denmark, Brazil, Texas etc.).

For several years now he has also been very active as a pedagogue. He organizes seminars and practical workshops for young actors and directors. He also collaborates with Italian and International Universities, such as La Sapienza, Roma Tre, the Federal University of Salvador de Bahia and Porto Alegre in Brazil. Every year he participates as a speaker in conferences and conventions all over the world.

On the 22 of November 2003, Pino Di Buduo, serving as manager and director of the Teatro Potlach, became associated member of the Maison des Sciences de l’Homme of Parigi. He has directed all the performances and projects of the Potlach Theatre since 1976.