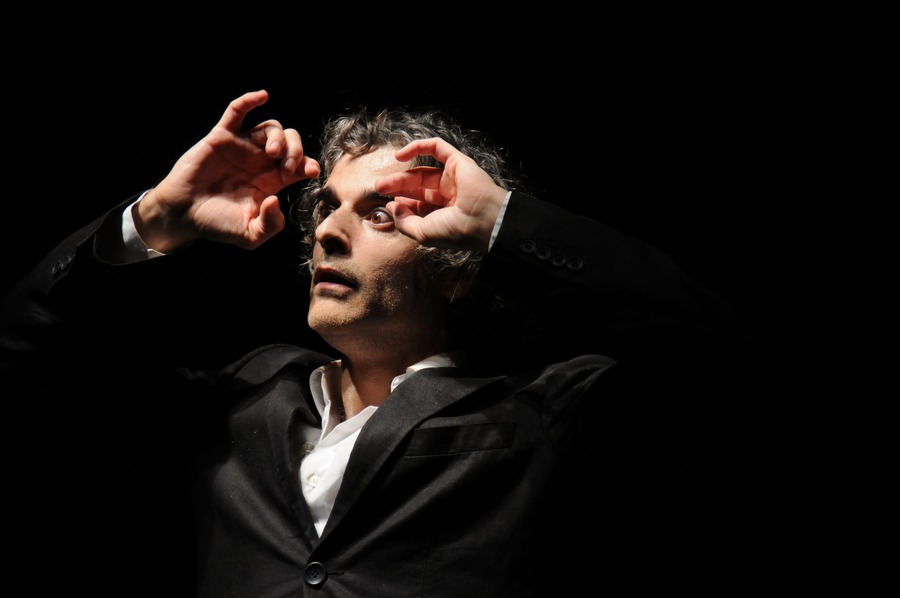 in Greek with Hungarian and English surtitles

Amor is the second part of the trilogy directed by Theodoros Terzopoulos; it stands between Alarme and Encore. Amor is a scenic composition based on poetry written by Thanasis Alevras. It first premiered on December 2013 and since then has been presented in Attis Theatre in Athens for three seasons and in European tour, being highly appreciated by the audience and praised by the critics.

Terzopoulos turns the stage into an auction house, where everything, roles, theatre props, emotions, memories and even the parts of the human body become commodities which are being examined, appraised, sold and purchased. The prices are affected by the fluctuations of the stock market. The actors observe and make ironical comments for the contemporary situation; they perform extreme behaviors of people manipulating and being manipulated by authority, in an era of global crisis. However, everything is subverted by the promise of Amor, love, which can only function as a drive force of humanizing. 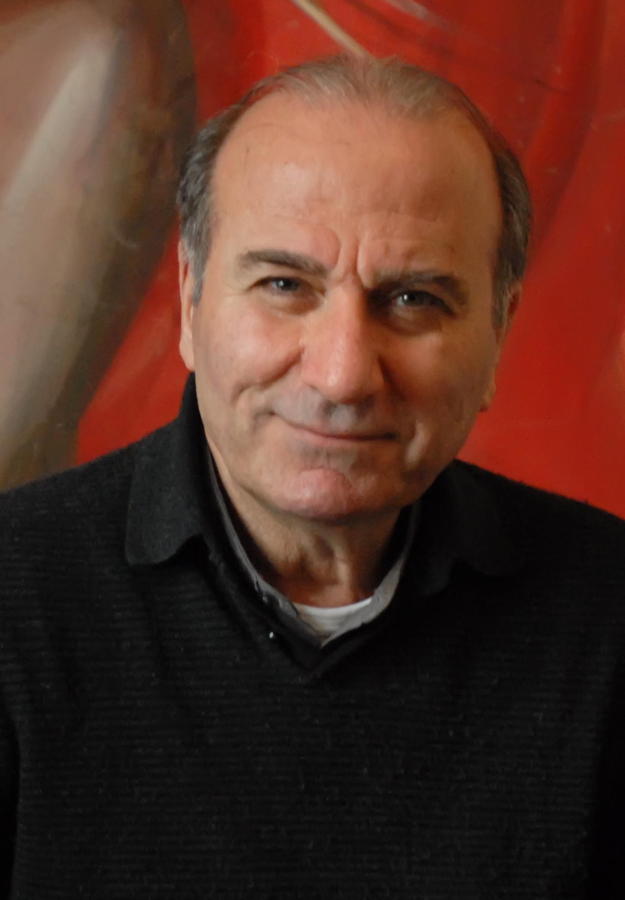 He has directed Greek tragedies, opera and contemporary plays in Greece and in many theatres worldwide, presenting 2100 performances all over the world, throughout 34 years.

His approach on ancient Greek tragedy is taught in Drama Academies and Universities all over the world. He is leading many workshops and lectures about his method; he is an Emeritus professor in Academies and Universities, and has been awarded with many Theatre Prizes in Greece and abroad. Books on his method have been published in Greek, English, German, Chinese, Turkish, Russian, Italian, Korean and Polish. The book about his method, The Return of Dionysus, was published in 2015, and has been translated into many languages.