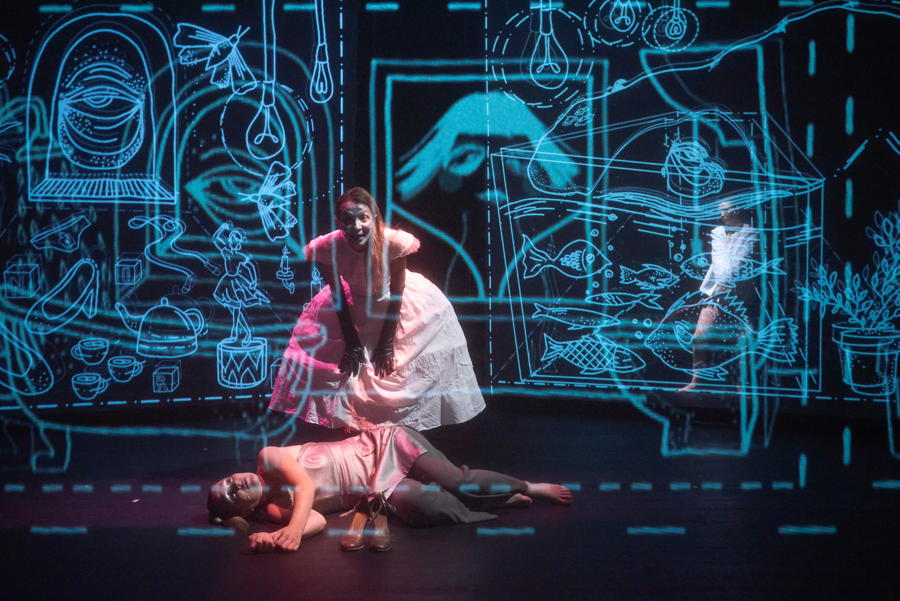 Being in a coma is being in a vulnerable state. It’s inertia. It’s marking time. The opposite of freedom. Human beings are prone to imprisoning themselves in lies, imaginary realities, old traumas, repetitive abuses. They tend to yield to coma-like states and powerlessly hope for miracles. But for how long can we hold ourselves captive? For how long can we embellish our solitary confinement with lies? And what happens if we wake up from this state of unconsciousness? If we realize that the miracle we are waiting for is just a gaping black hole that dissolves in holograms and ultimately leaves us to fend for ourselves?

Nóra realizes that the doll house she inhabits is getting increasingly narrower. That behind the embellished walls lie the recurring catatonic nightmares which she must fight if she wants to become a human being. If she wants to be free. With freedom comes sacrifice.

Awakening is a painful process, a swirling hypnosis. A tarantella. A fight, where cruelty finds you without accoutrements. Agamemnon sacrifices Iphigenia in order to win the war. And Nóra sacrifices her present in order to win her own wars. Nowadays, women spend several years in prison because they stand up for their rights. Nóra has done her time and can now leave her dollhouse. 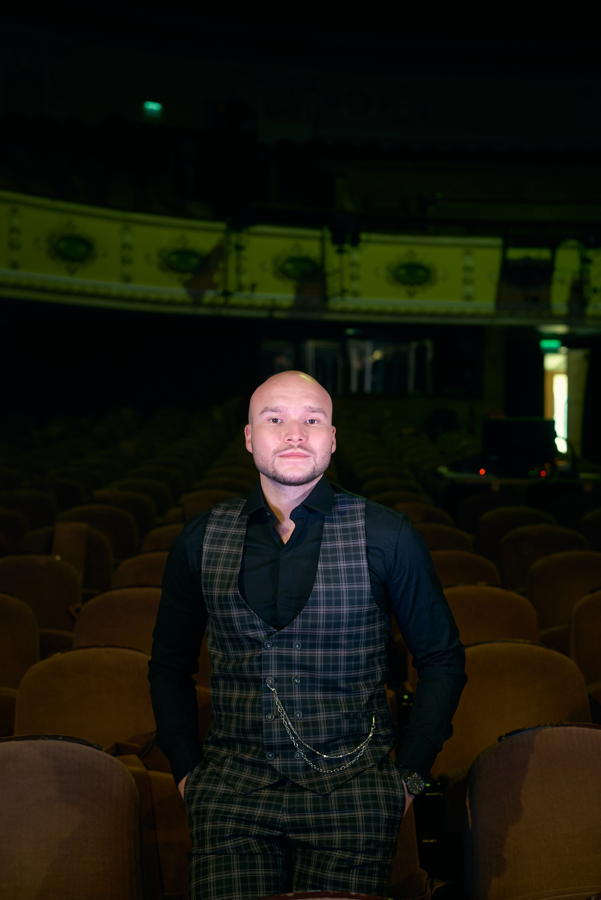 Botond Nagy (Braşov, 1993) after graduating from the Drama Department of the Plugor Sándor Art High School in Sfântu Gheorghe, he studied at the Theater Directing Department of the University of Arts Târgu Mureş, in László Bocsárdi’s class. He had created productions at several important theatre companies: the Hungarian Theatre of Cluj, the Kujtim Spahivogli National Experimental Theatre of Tirana (Albania), the Radu Stanca National Theatre of Sibiu, the Tamási Áron Theatre of Sfântu Gheorghe, the Andrei Mureșanu Theatre, Reactor − a space for creative experiment, the Figura Studio Theatre etc.

In 2020, he was nominated for Best Director at the UNITER Awards, for Ibsen’s A Doll’s House, produced by the Hungarian Theatre of Cluj. In 2017, he won the first prize of the DbutanT National Theatre Festival, as well as a Best Direction Award at the Festival of Hungarian Theatres in Kisvárda for his direction of Pushkin’s Onegin, staged at the Figura Studio Theatre in Gheorgheni.

Botond Nagy is the kind of director who has a distinctive, special, easily recognizable style. His world can be easily identified by the atmosphere he creates, the concrete technical trademarks that are present in his approach, the audiovisual space he presents, and a unique attitude. His performances try to reinterpret the already established forms of theatre. They try to present the age we live in as raw a state as possible. His productions are video clip-like techno-poetic installations that are based on carefully thought out emotional threads.

He is mostly interested in reinterpreting and mixing classical texts, such as Miss Julie with Tarkovsky Scenes, based on Strindberg, Tennessee Williams: A Streetcar Named Desire, Yvonne, based on Witold Gombrowicz’s play Yvonne, Princess of Burgundy, Henrik Ibsen: Hedda Gabler, A Doll's House, Samuel Beckett − Botond Nagy: Krapp’s Last Tape, William Shakespeare: Hamlet Rework etc. And other performances based on his own concepts: Hidden Abuse Holdings, Talking Toilets, All Over Your Face. He also considers it important to present texts by contemporary authors, such as Ágnes Kali − Benji Horváth: Faust Family or Matei Vișniec: The Journey of the Panda Bears Told by a Saxophonist who has a Girlfriend in Frankfurt.

He participated in workshops held by such artists as Grzegorz Jarzyna and Andrew Visnevski (UTE Decentralized Academy, held in Athens). Nicknamed by the Romanian theatrical profession his generation’s enfant terrible, he has collaborated with notable directors, such as Gábor Tompa and Radu Afrim.