SNAPSHOTS FROM THE PAST AND PRESENT OF THE BERLINER ENSEMBLE

Berliner Ensamble is one of the top German language theatres. The building of the former Schiffbauerdamm hosted in 1928 the premiere of Bertolt Brecht’s Threepenny Opera. The panels of the exhibition contain the highlights of the theatre’s history: Mother Courage and her Children with Helene Weigel (1949), two different performances of Arturo Ui, one with Ekkhard Schall (1959) and the version of Heiner Müller with Martin Wutke in the lead role (1995) that is still performed today. 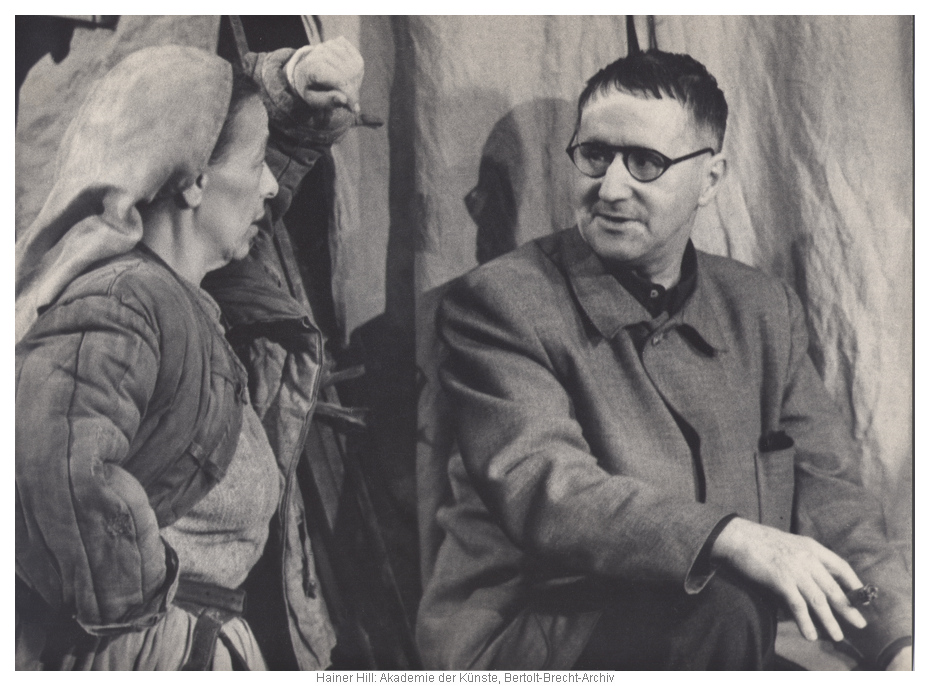 The exhibition reminds us of the Brecht-Weigel era, describing an arc from the 1954 The Caucasian Chalk Circle in 1954 with which Brecht took over the institution until the direction of Michael Thalheimer in 2017 that marked the beginning Oliver Reese as intendant. Images, documents and literary texts give us a brief overview of this theatre that is fascinating, provocative, artistically and politically defining.