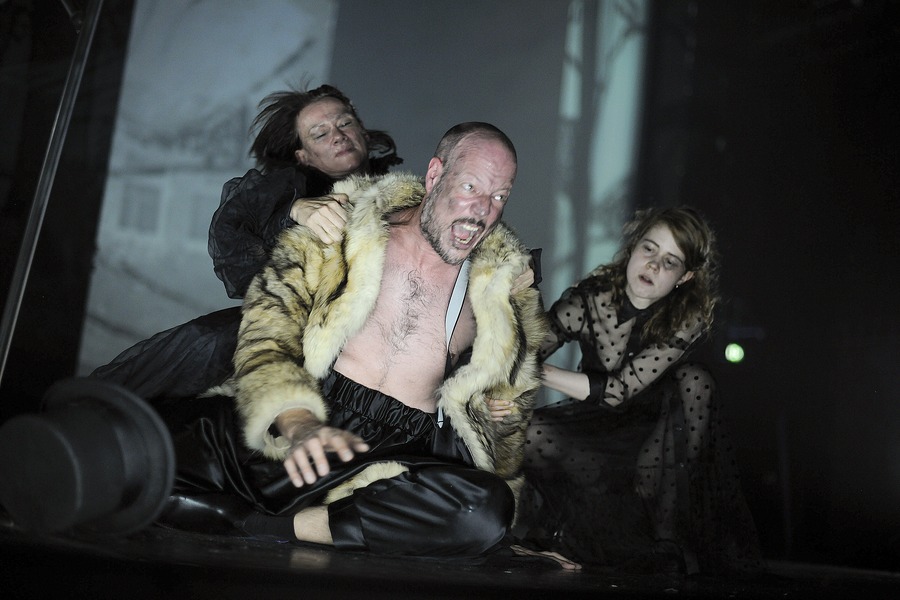 Performed in German with Hungarian translation

Raskolnikov, the impoverished hero of Dostoevsky’s iconic novel, conceives a peculiar theory: there are average and special people. The latter ones have the right to use the others in order to fulfil their own visions and endeavours, and also the right to kill. Everything must be subordinated to the ideas of “great” people because only they can create something new. Raskolnikov tests his belief in real life: he murders an old pawnbroker woman and, as “collateral damage”, her younger sister too.

The terms of the title, crime and punishment reflect the ethical and legal questions raised by the show from Dresden. The nihilist philosophy of Raskolnikov as a long shadow implies the sins of the 20th century. Just like in Harmann’s previous Dostoevsky-adaptation (Humiliated and Insulted, which was selected by the Theatertreffen in Berlin as one of the ten best performances), in Crime and Punishment, the director does not follow the linear plot of the novel. What leads up to the killing? How does this act transform the person? – taking Dostoevsky’s questions as a base, Hartmann investigates possible motivations and associations.

The actors, the camera, the sound and the light are equal participants of the play, of which only the main points are fixed. The images, the texts and the process of the play are recreated every time from rehearsal materials that have been discussed and tried out. With every performance, a new world is created out of Dostoevsky’s fragmented poetic images, and the quest is reformulated: how much do we carry with us and in our world of the Raskolnikov-syndrome. 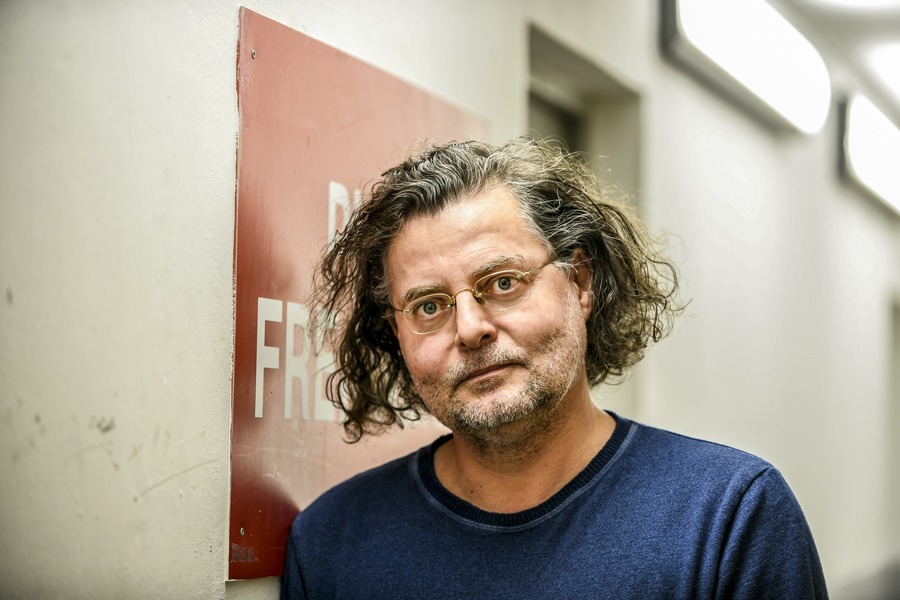 Sebastian Hartmann (1968) He was born in Leipzig and graduated from the academy of acting. He began his career as an actor at the National Theatre in Weimar and at the Carrousel Theatre in Berlin. From the mid-1990’s on, he worked in the independent theatre scene, and his company, the “Wehrtheater Hartmann” performed at the festivals “Impulse” and “Politik im freien Theater”. In 1999, he staged productions in Jena and at the Theater unterm Dach in Berlin. Then for two years, he had been directing at the Volksbühne under Frank Castorf. He worked in Hamburg, at the Burgtheater in Vienna, Deutsches Theater in Berlin, and also in Basel, Cologne, Magdeburg, Frankfurt, Tallinn and at the National Theatre in Oslo. Between 2008 and 2013, he worked as artistic director at the Centraltheater Leipzig. In 2013, his directing of War and Peace, then in 2019, Humiliated and Insulted were ranked among the ten most remarkable performances by the Theatertreffen in Berlin, the most prestigious festival of German-language theatre.